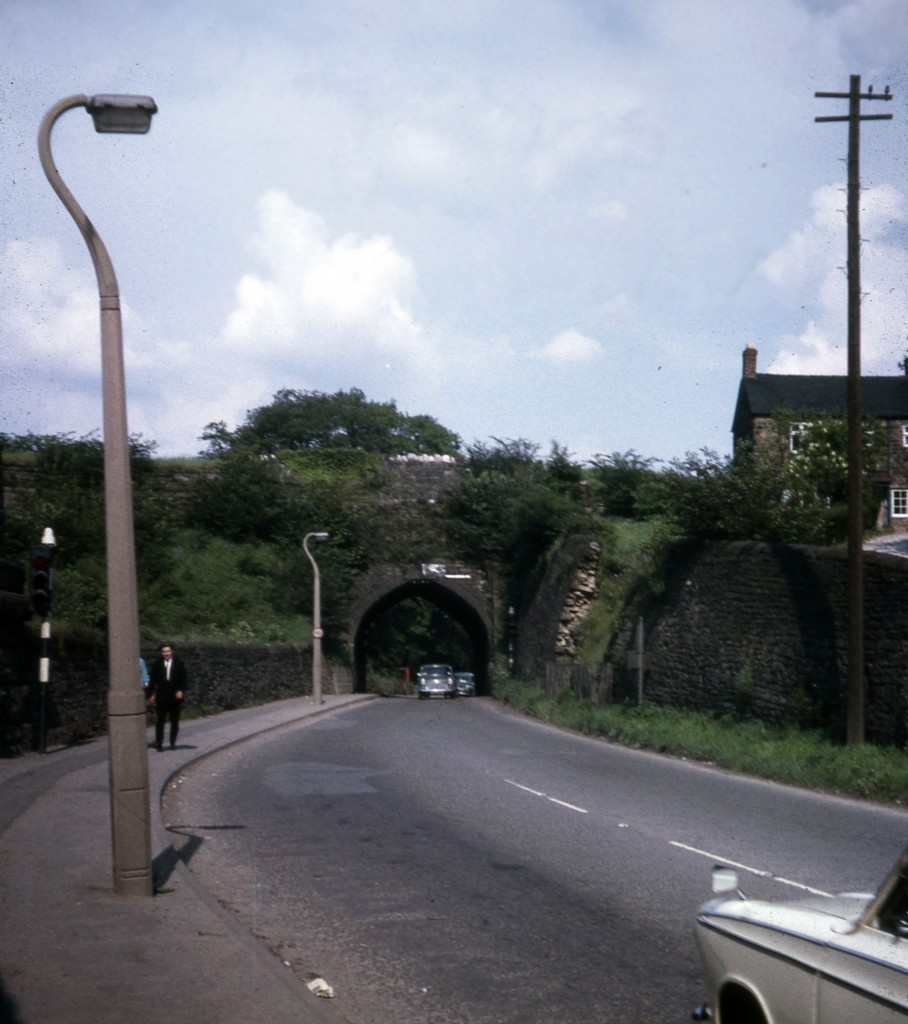 My journeys to school in the early 1960s were punctuated by a pause on the road through Bull Bridge, near Ambergate in Derbyshire, for the traffic lights that controlled the tight gothic arch of Bull Bridge Aqueduct on the Cromford Canal.

The canal had not been used since before the Second World War and the arch was impossible for any vehicle larger than a single-deck bus.

The A610 road was already a significant link in the 1960s, and would become more important when the Ripley by-pass was opened in 1977.

It was inevitable, therefore, that Jessop and Outram’s tiny road-arch had to go.  It was demolished in 1968 – shortly followed by the adjacent iron-trough aqueduct that had been inserted into the canal when George Stephenson drove the North Midland Railway through in 1839.

Images of the canal at Bull Bridge can be found at http://www.cromfordcanal.info/archives/bullbutt.htm.

In the 1960s no-one in their wildest dreams would have expected the Cromford Canal to be restored, but the Friends of the Cromford Canal plan to return the whole canal to navigation, however long it takes, and so one day an elegant new aqueduct will span the road and the railway, rather like the New Semington Aqueduct (2004) on the Kennet and Avon Canal:  http://en.wikipedia.org/wiki/New_Semington_Aqueduct.