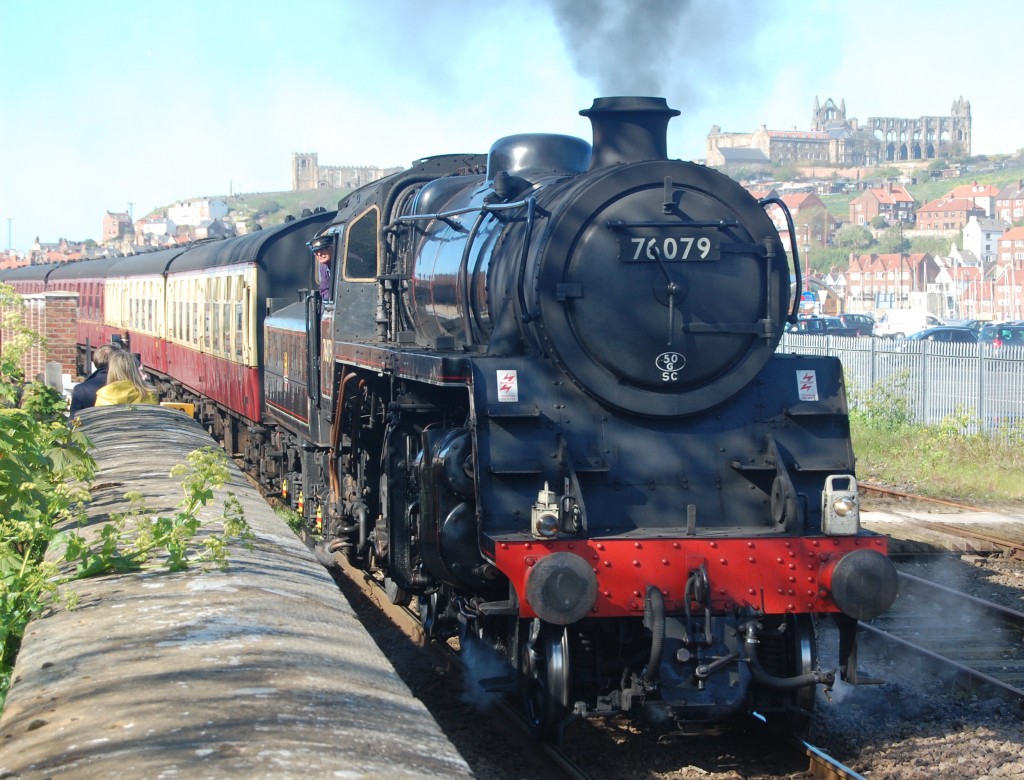 The North Yorkshire Moors Railway is one of the premier heritage lines in Britain, started up in 1973, seven years after the British Railways service closed down.

It runs from Grosmont, the junction with the Esk Valley line, south to Pickering. It has spectacular moorland scenery, beautifully preserved stations, authentic rolling stock that is kept in good order and a fleet of powerful tender locomotives that can tackle steep gradients.

Its greatest asset of all, however, is its army of volunteers. Stations and trains are well staffed, so that the public is well looked after. The railway offers a warm welcome, decent catering and unobtrusive shopping opportunities to holidaymakers and rail enthusiasts alike.

Among the many preserved railways up and down the land, the NYMR is at the top of the game, alongside such lines as the Keighley & Worth Valley Railway and the Severn Valley Railway.

Travelling between Whitby and Pickering and back in either direction is a full day out, and there’s time to make at least one break of journey. Grosmont station gives access to the locomotive works through the original tunnel of the horse-drawn Whitby & Pickering Railway; Goathland, made famous by the TV programme Heartbeat, is irresistibly picturesque.

The re-entry of steam trains into Whitby is a huge success, and line-capacity has been improved by bringing a second platform back into use. Collaboration between the local authorities, Network Rail and the NYMR has created a win-win situation, boosting the local economy and bringing pleasure to thousands.