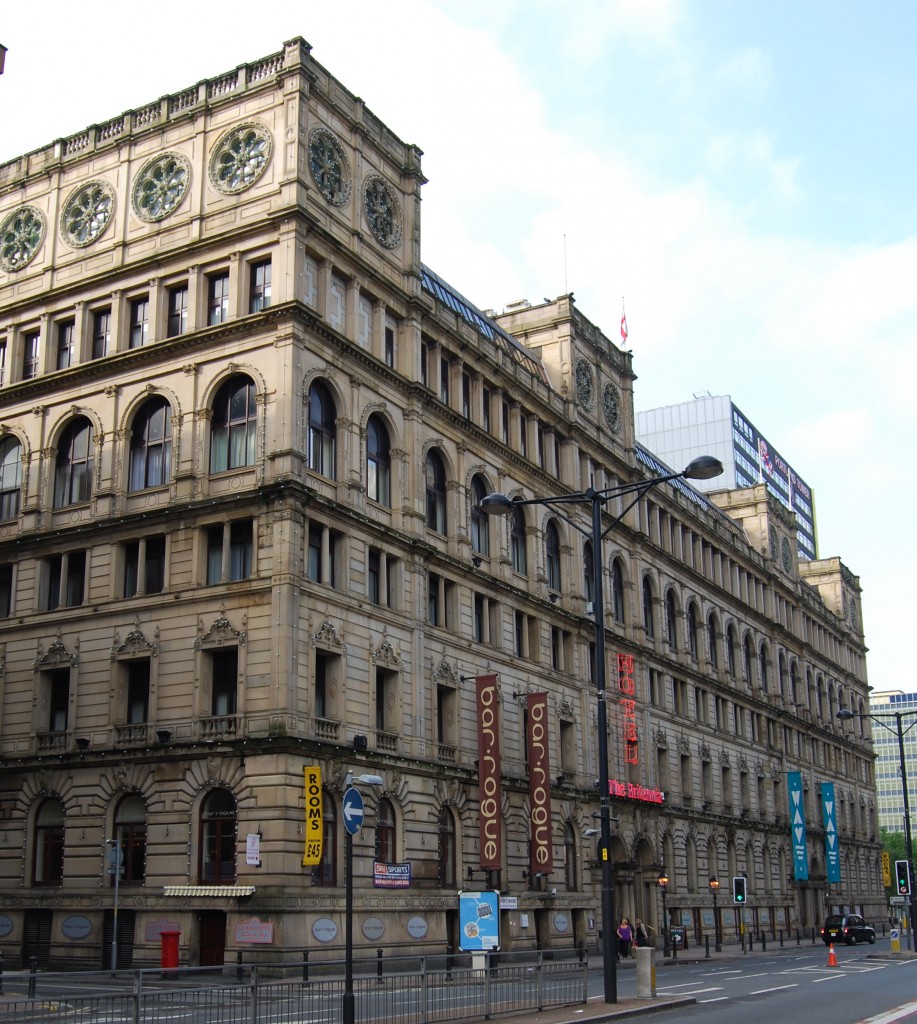 Manchester has so many claims to fame – Cottonopolis, birthplace of canals and railways, Victorian wonder-city, cultural capital of the North – its appeal to visitors is inexhaustible.

This June 2009 tour explored the city by tram, bus, canal-boat and motor-coach.

It included easy walking tours of the central area and the Rochdale Canal to Castlefield, some of Manchester’s magnificent heritage of city-centre public buildings, including a private tour of the John Rylands University Library and examples of the conurbation’s most modern buildings, including The Lowry and the Imperial War Museum North at Salford Quays.

It featured a cruise on the Bridgewater Canal and a visit the Liverpool Road Station (1830), and ended with a coach-tour to some of Manchester’s most spectacular suburban buildings, including the Monastery of St Francis, Gorton, the Victoria Baths at Chorlton-cum-Medlock, the Whitworth Art Gallery and the Jewish Museum.

The 80-page generously illustrated handbook provides an introduction to the history of Manchester and Salford from Roman times and descriptions of buildings in Manchester city-centre, Salford Quays and the buildings visited in the inner Manchester suburbs, together with maps and suggestions for background reading.

For further information about the sites mentioned in the handbook and in its companion ‘Manchester’s Heritage tour handbook no. 2’ (and a few others), please click here.

If you prefer not to use the PayPal button above, please send a cheque for £7.50 per copy payable to Mike Higginbottom at 63 Vivian Road, Sheffield, S5 6WJ.

There are no reviews yet.