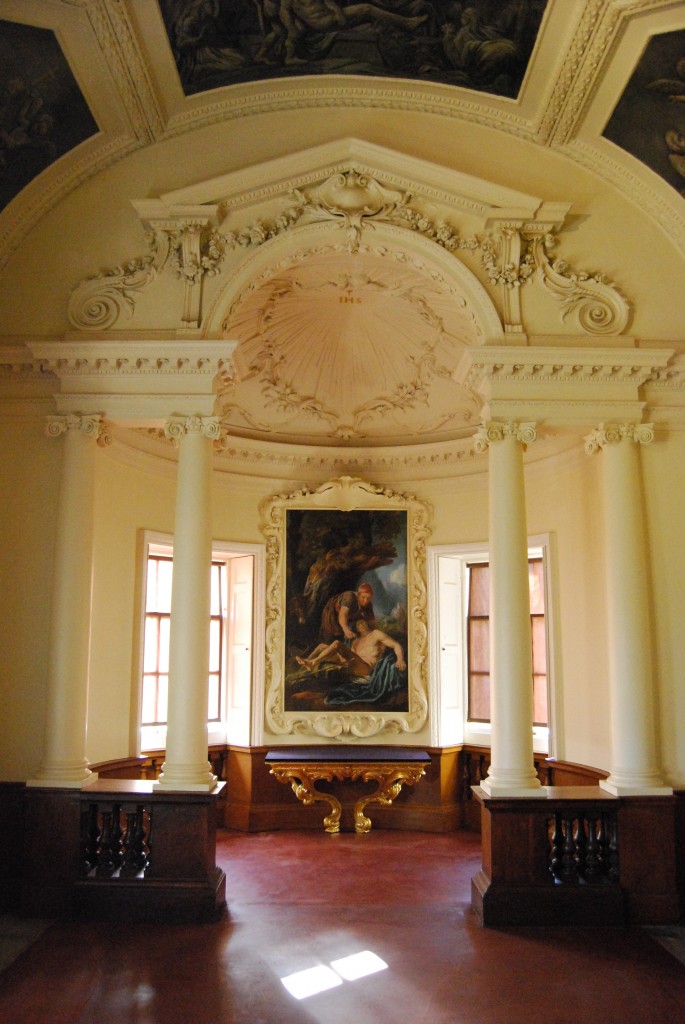 William Wrightson (1676-1760), the builder of the present Cusworth Hall was, like his father, an able and successful lawyer, who successively married two Northumbrian heiresses, one the daughter of a coal-merchant, the other co-heiress to a landed estate.  He acted as steward for the Duke of Norfolk’s Sheffield estate, and was still accumulating lucrative government offices at the age of 84.

By the time he inherited Cusworth in 1724 he was easily in a financial position to improve the property:  he enlarged the gardens, and in the late 1730s commissioned George Platt of Rotherham (1700-1743) to design a completely new house to the south of the earlier Hall.  When George Platt died his son John, then in his mid-teens, continued the project, possibly assisted by his grandfather William Rickard.

The Platts’ building work was finished in 1745, and shortly afterwards the heir, John Battie (1722-1765), suggested that the central block was “too tall for its length”, and recommended James Paine (c1716-1789) to extend the wings to improve the house and correct its proportions.

Paine’s suggestions included extending the side pavilions to make a chapel wing to the west and a library to the east.  Wrightson seems to have kept a close eye on the accounts, preferring quality to ostentation, and employing the excellent craftsmen recommended by Paine, such as the plasterer Joseph Rose and the artist Francis Hayman whose ‘Ascension’ remains in situ.  All this work was completed by 1755.

The only substantial further addition is the dining room of 1907, tactfully inserted behind the chapel for Lady Isabella Battie-Wrightson (1853-1917).

Cusworth Hall and its park can be enjoyed throughout the year as an amenity of Doncaster Metropolitan Borough Council:  its excellent teashop is as cramped as the fascinating museum inside the house, but the parkland and the view is a breath of fresh air.