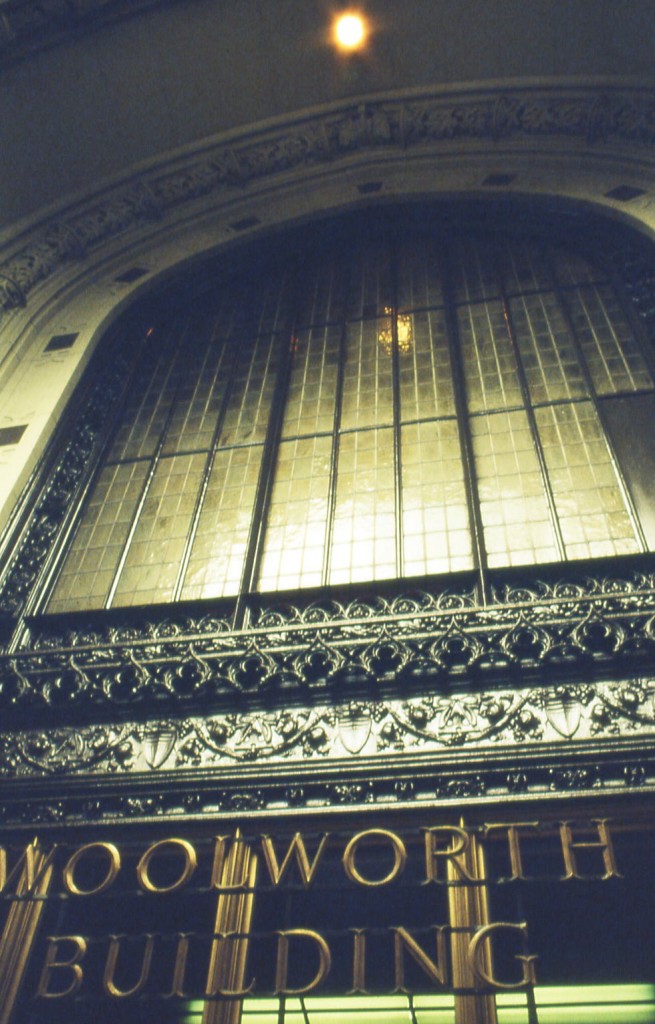 This cathedral of commerce was financed solely by the proceeds of the original five-and-dime stores, its entire cost, $13 million, paid for in cash.

Frank W Woolworth’s design brief was for something like the Houses of Parliament but higher than the Metropolitan Life Tower, which is exactly what Cass Gilbert provided.

It reaches sixty storeys, 793 feet, and remained the world’s tallest building until the completion of the Chrysler Building in 1930.

It epitomises the technological advances of its period – curtain-wall construction on a load-bearing steel frame and an inevitable reliance on elevators for circulation.  Its three-storey lobby, of gold marble and glass mosaic, is breathtaking, and tinged with an endearing humour:  among the carvings can be found Cass Gilbert holding a model of the building and Frank Woolworth counting out the nickels and dimes that paid for it.

It was sold in 1998 for $126 million to the Witkoff Group:  its tenant is the New York University School of Continuing and Professional Studies.

There is a rich collection of illustrations and a brief description of the Woolworth Building at http://www.nyc-architecture.com/SCC/SCC019.htm.