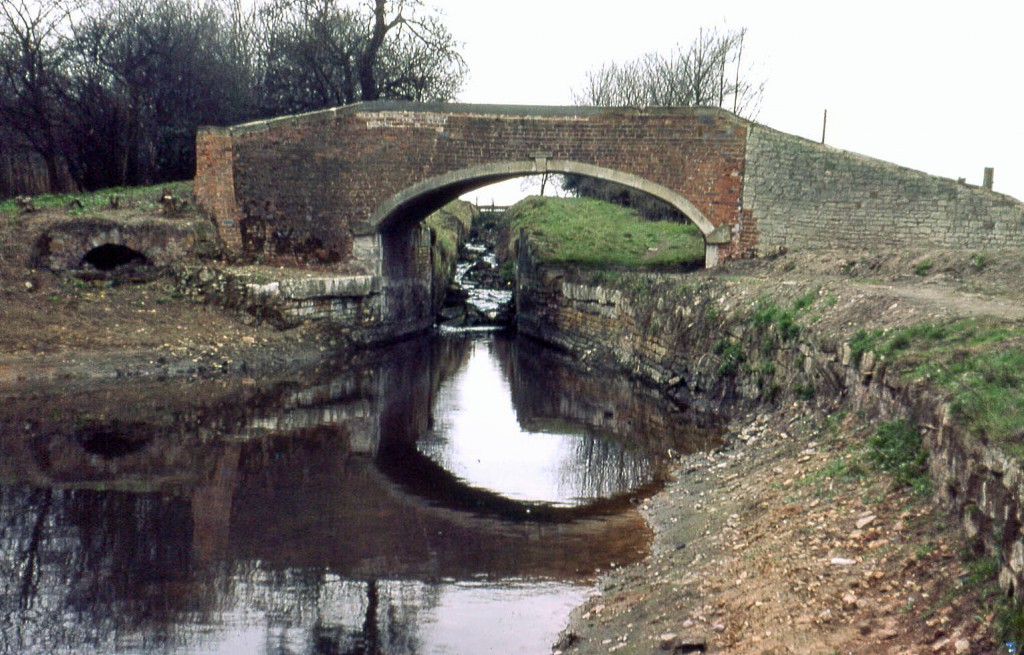 My friends Andy and Sue often take their kids, Liam and Daniella, cycling down the Chesterfield Canal on the border of South Yorkshire and Nottinghamshire.  The stretch near where they live, running from the east end of Norwood Tunnel down the locks to Worksop, is a wonderfully restored, picturesque stretch of waterway.

If you’re lucky somebody might even offer you and your bike a lift on their narrow boat.

When I first saw this stretch of canal in 1976 it was a wreck.

Twenty-six miles of the canal from the River Trent at Stockwith to Worksop had been designated a cruiseway under the 1968 Transport Act, largely because of the campaigning of the Retford & Worksop Boat Club, who not unreasonably wanted to sail their boats between Worksop and Retford and beyond.

The remaining twenty miles from Worksop to Chesterfield, including the Norwood Tunnel (abandoned in 1908), were simply discarded and the locks by which the canal climbs from Worksop up to the tunnel were demolished as a hazard.

Since then eleven miles, from Chesterfield to Staveley and from Norwood Tunnel to Worksop have been made navigable:  (see http://www.chesterfield-canal-trust.org.uk/index.php/gallery/canal-map).

The next stage will be to restore the still derelict locks on the western section from Staveley up to the tunnel and then, the biggest challenge of all, the tunnel itself, which runs beneath the M1 motorway.

Already the Chesterfield Canal Trust has achieved a great deal, and their activities are constant and enterprising:  http://www.chesterfield-canal-trust.org.uk/index.php/latest-news/general-news.

And Liam and Daniella, both children of the twenty-first century, may find it difficult to believe the contrast between their childhood memories and the archive pictures of only thirty-odd years before.