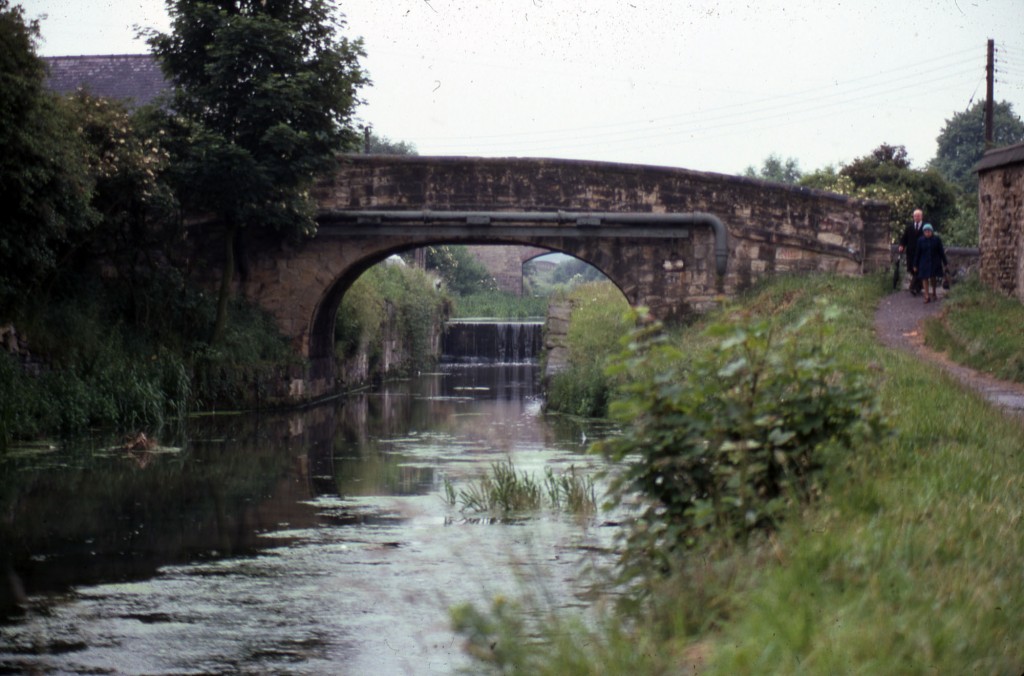 Hugh asked what other images I had from that period, and very kindly rescanned them for me to a higher resolution than my scanner can achieve.  They’re now displayed on the Friends’ website at http://www.cromfordcanal.info/archives/mharchive/mh1.htm.

The Friends exists to work towards the entire restoration of the Cromford Canal, including its Pinxton and Lea Wood branches.  This is clearly the work of a generation, at least.

When I pottered around the canal in the 1960s it was virtually intact.  In the time it took me to go through secondary school and university, a great bite was taken out of it at Ambergate to build a gas-processing plant, and other stretches were lost to road improvements and opencast coal working.  The current state of the entire line can be seen at http://www.cromfordcanal.info/images/map_large.jpg.

At the moment, only six hundred yards of the Cromford Canal are accessible from the inland-waterways system:  above the first lock at Langley Mill, a stretch exists as moorings for boats that have travelled up the Erewash Canal.

Beyond that, the course of the canal was obliterated by opencast mining in the 1960s:  six locks and 2½ miles of waterway must be completely rebuilt to connect with the surviving flight of locks to Ironville.

Here, well-intentioned but over-enthusiastic flood prevention works have wrecked the top locks which were, until 1985, virtually intact, though the gates had been removed and concrete cills installed to carry overflow.

What would have been a restoration will now become a major rebuilding.  Now is not the time to expect enormous financial support from outside bodies, but the Friends quietly beaver away reversing the decay and encroachments of nature:  http://www.cromfordcanal.info/restoration/eastern.htm.

It’s the work of volunteers and their determination, for which ‘heroic’ is not too strong an adjective, that kickstarts the recovery of amenities which shouldn’t have been squandered in the first place.

One day, boats will sail again up to Ironville and to Pinxton, and in time through the Butterley Tunnel and on to Cromford.

It worked on the Rochdale and Huddersfield Narrow Canals, and it’s happening on the Chesterfield.

It’s only a matter of time – and timing.