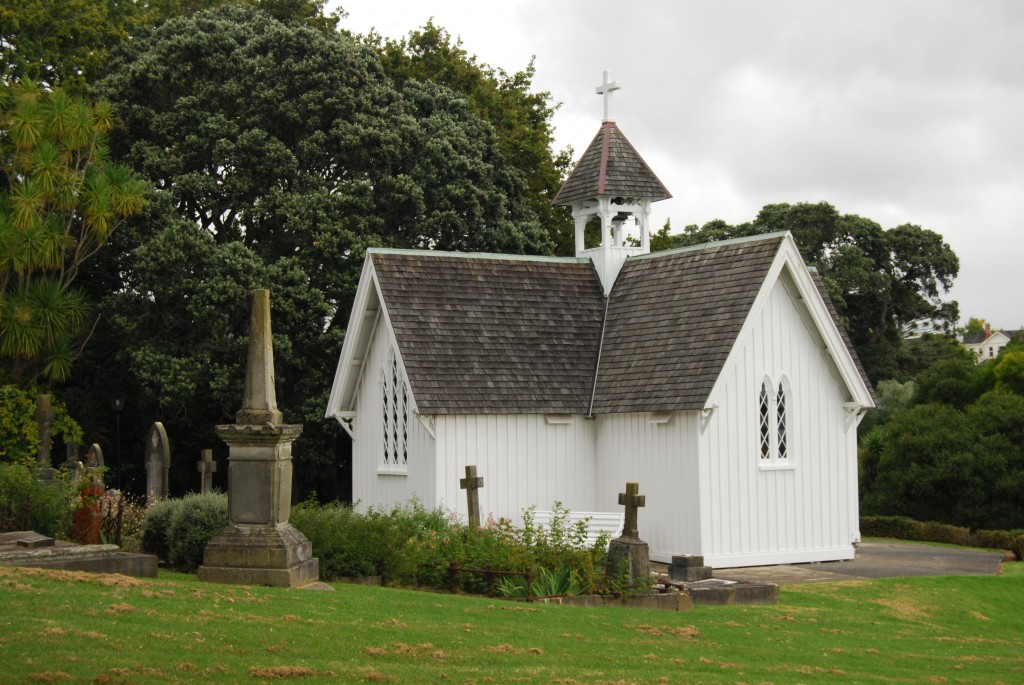 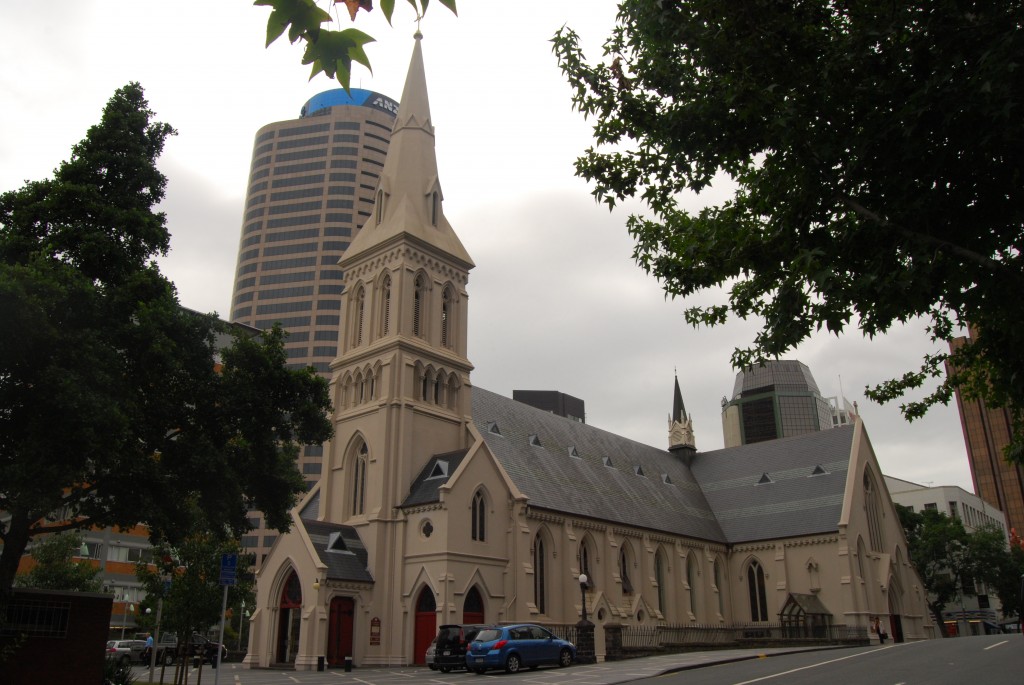 It’s all too easy to forget how much history is packed into the nineteenth-century outposts of the British empire.  A country like New Zealand grew to maturity within two or three generations, who brought their baggage with them and established a home-from-home in a land that belonged to others.

When I visited Auckland to lecture to the Auckland Decorative & Fine Arts Society, I wanted to see as many nineteenth-century churches as possible for a lecture I’m researching on Antipodean Gothic architecture.  My host Anne Gambrill propelled me in record time to a succession of unexpected treasures.

She took me to the tiny cruciform St Stephen’s Chapel at Judges Bay, no bigger than a modest bungalow, where the original Constitution of the Church of the Province of New Zealand was signed in 1857 – a location I’d probably not have found unassisted.

She also alerted me to St Matthew’s Church in the city-centre, unmistakably a design by the British architect John Loughborough Pearson, who was responsible for Truro Cathedral in England and St John’s Cathedral, Brisbane.

In fact, the design was completed after his death in 1898 by his son Frank Loughborough Pearson.  This tall, chaste, cruciform, stone-vaulted building was completed in 1905, though without the intended spire.

As St Matthew-in-the-City, the parish has a proud record of social activism:  http://www.stmatthews.org.nz.

The mother church of the Catholic diocese of Auckland is the ornate St Patrick’s Cathedral, designed by the Auckland father-and-son practice of Edward (1824/5-1895) and Thomas Mahoney (1855-1923) and completed in 1908.  The third church on the site, St Patrick’s is revered as the base of the original Catholic mission on North Island, led by Bishop Jean Baptiste Pompallier (1801-1871).

The nineteenth-century development of New Zealand churches – alike in the sense of congregations and buildings – was extremely fast.  An entire heritage of individual endeavour and architectural heritage evolved within the first three generations of Europeans to settle.

And each of those church-building generations, Catholic and Anglican alike, looked back to the home country for the styles and imagery of their places of worship.

The Anglican diocese of Auckland, however, ended up with a more complex and distinctive architectural legacy…