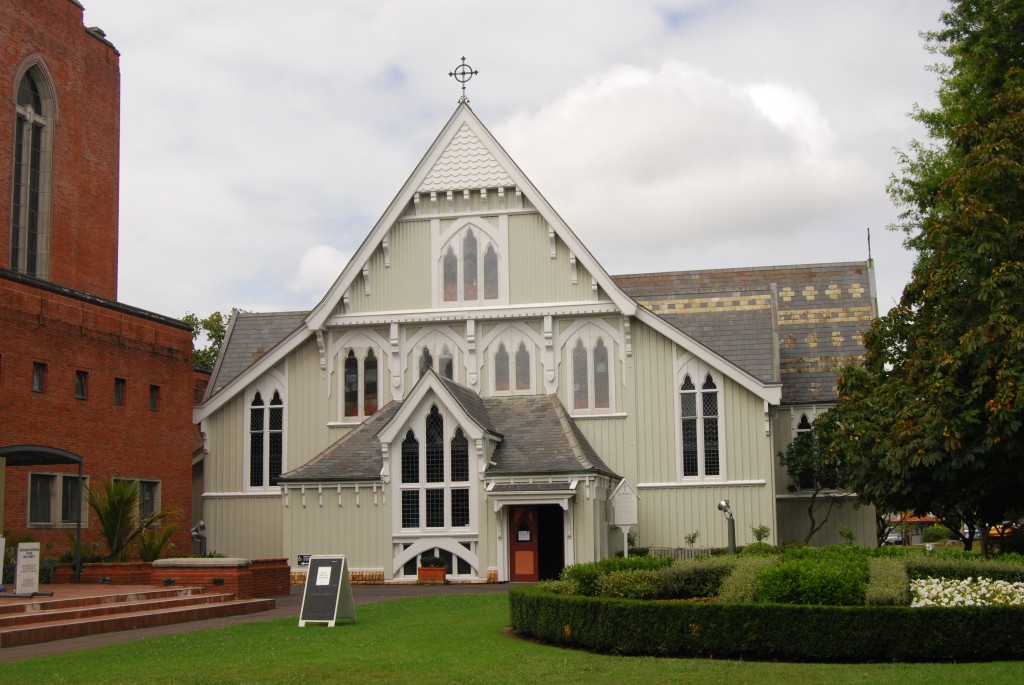 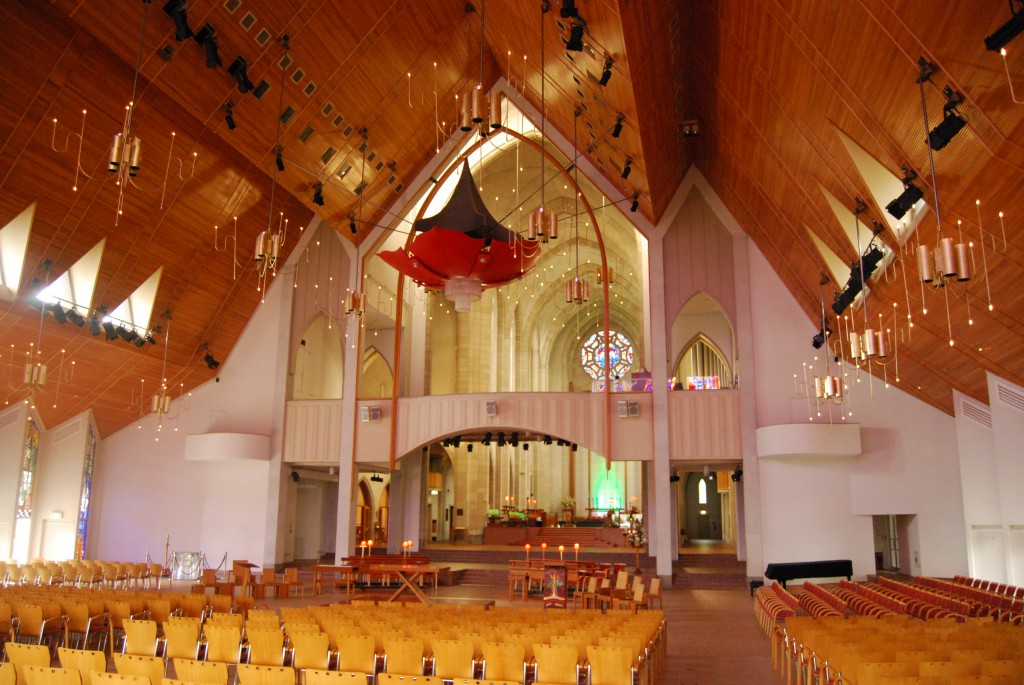 The city of Auckland has a special place in the history of the Anglican Church in New Zealand, because it was the base from which Bishop George Augustus Selwyn (1809-1878) set up missions across the two islands as the first and only Bishop of New Zealand between 1841 and 1858.

Selwyn, who rowed in the first ever Oxford-Cambridge boat race and after whom Selwyn College is named, was a fellow of St John’s College when the Cambridge Camden Society, later known as the Ecclesiological Society, began to promote the idea that a truly Christian building should be built in the Gothic manner.

As Bishop of New Zealand he had to face the fact that masonry architecture was out of reach:  the cost and time involved in building in stone meant that the first New Zealand churches had to be timber.

But they could still be Gothic, and the Anglican community in Auckland outgrew a succession of churches until what is now called Old St Mary’s was begun in 1886 to the ambitious designs of Benjamin Mountfort (1825-1898).  Mountfort was a prolific first-generation New Zealand architect, and at St Mary’s he provided all the detail that would be found in a much larger stone-built European cathedral, with a three-sided sanctuary and lancet windows under a generous cat-slide roof.

The largest timber church in the world, it was designated as Auckland’s Anglican Cathedral in 1887 and was completed in 1898.

Its much larger successor, Holy Trinity Cathedral, was begun in 1959 to a reduced version of a twenty-year-old design by Charles Towle that had been stalled by the start of the Second World War.  The choir, transepts and crossing – reminiscent of Sir Edward Maufe’s contemporary Guildford Cathedral in Surrey – were completed in 1973.

The nave, to a much lighter design with a glazed west wall by Richard Toy, was added in 1991-5.  Now a further chapel, to the liturgical east (geographical south) is under way, due to be completed by Christmas 2014, the bicentenary of the arrival of Christianity on the North Island:  http://www.anglicancommunion.org/acns/digest/index.cfm/2012/5/8/Dramatic-chapel-for-Holy-Trinity.

The conjunction between the two is vibrant:  it’s a very special interior space.  Next door, Old St Mary’s stands – a very different, antique interior – on a new site.  It was transported bodily across the road and turned ninety degrees in 1982.

Update:  Stewart Buckthorp has added a very useful and detailed comment to this article.