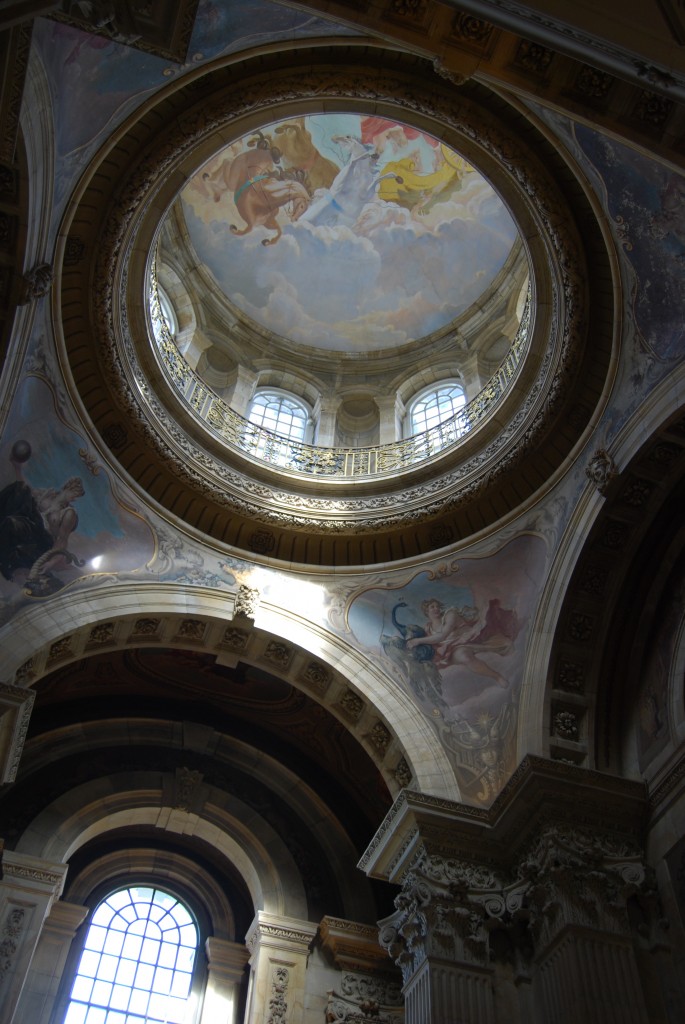 Castle Howard is not Brideshead, though it owes a great deal to Brideshead Revisited.

It’s acknowledged that Evelyn Waugh’s wartime novel was based on the Lygon family who lived at the very different Madresfield Court, Worcestershire, which has its own stock of stories:  http://www.telegraph.co.uk/news/uknews/theroyalfamily/8270238/Madresfield-Court-The-Kings-redoubt-if-Hitler-called.html.

The scandal which envelopes Lord Brideshead is nowhere near as dramatic as that which overtook the 7th Earl Beauchamp, a man who always carried £100 in cash “in case I have to hire a train”.  When his brother-in-law, ‘Bendor’, the 2nd Duke of Westminster, maliciously outed him, Lady Beauchamp remarked absently, “Bendor says that Beauchamp is a bugler.”

The only connection between Brideshead and Castle Howard is through television, and it’s proved crucial to the fortunes of the house and its family, the Howards.

The house was built by their ancestor, Charles Howard, 3rd Earl of Carlisle (c1669-1738), who hired the multitalented playwright, John Vanburgh (1664-1726), to design a baroque palace on the site of the ancient castle of Henderskelfe.

The Great Hall is a stupendous space, seventy feet high and fifty-two feet square, surmounted by the great dome.  The paintings of the hall, dome and high saloon were by the Venetian Giovanni Antonio Pellegrini and the Huguenot Jean Herve.

In the period before the Second World War, canny country-house owners offered their properties to well-behaved girls’ schools:  the Duke of Devonshire, for example, saw to it by this means that Chatsworth was well looked after, but at Castle Howard an accidental fire on November 9th 1940 gutted much of the interior and destroyed Vanburgh’s dome.

The owner George Howard (1920-1984) spent much of his adult life breathing life back into Castle Howard.  The dome was restored in 1960 and the lost Pelligrini murals reproduced a couple of years later by the Canadian painter, Scott Medd (1911-1984).

George Howard, who was at the time Chairman of the Board of Governors of the BBC, was very glad to hire the place to Granada TV for their series-adaptation of Brideshead Revisited (1981).  The proceeds enabled him to rebuild some of the rooms on the south front, to the designs of Julian Bicknell with paintings by Felix Kelly.

His son, the Hon Simon Howard, the present owner, similarly welcomed Julian Jarrold’s feature-film production in 2007 (released 2008).  This enabled further rooms to be brought back to use, and the story is told in an exhibition ‘Brideshead Restored: The Story of Restoration at Castle Howard and Brideshead Revisited’.

For thousands of visitors and millions of viewers, Castle Howard is Brideshead.  It isn’t really, but it might as well be.

Castle Howard deserves a day to itself, at almost any time of the year:  http://www.castlehoward.co.uk.  If the house is open don’t miss eating in the Fitzroy Room restaurant.

The 40-page, A4 handbook for the 2009 Country Houses of North-East Yorkshire tour, with text, photographs, a chronology and a reading list, is available for purchase, price £15.00 including postage and packing.  To view sample pages click here.  Please send a cheque, payable to Mike Higginbottom, to 63 Vivian Road, Sheffield, S5 6WJ.