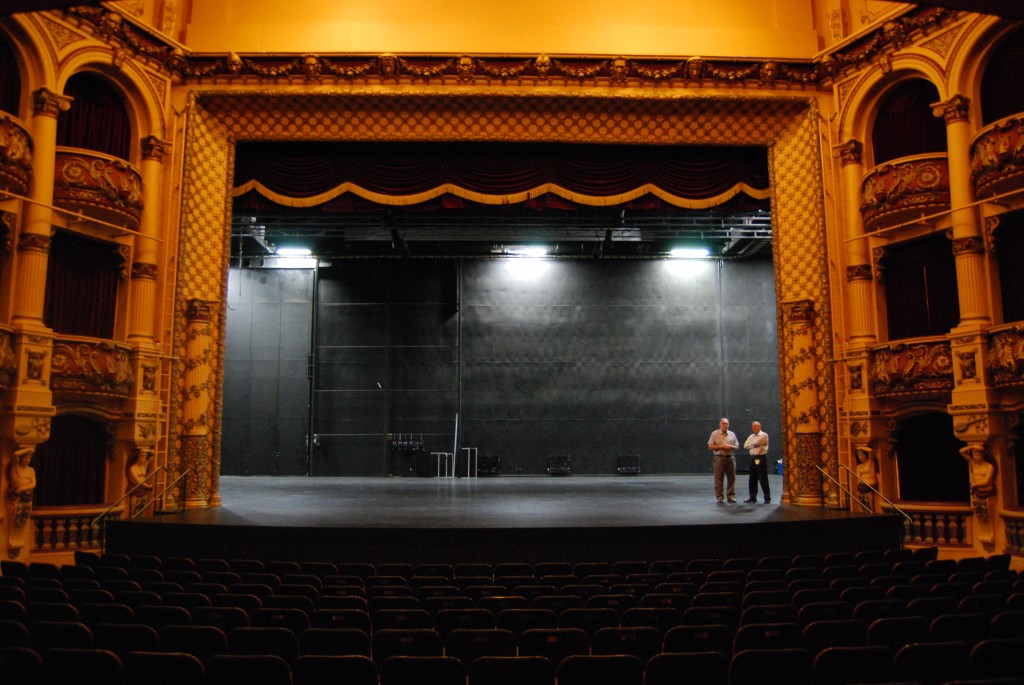 Wellington, the largest city in New Zealand’s North Island, came close to losing its most attractive and comfortable theatres in the 1970s and 1980s.

Now the Opera House, the St James and the Embassy provide a thriving cultural repertoire which enriches the city centre.

The city is currently marketed as the “capital of cool”, but it might easily have been left out in the cultural cold.

I was given privileged access to the St James Theatre, known in the entertainment industry as “Jimmy’s”, thanks to the manager, Bob Foot, and my Wellington host, David Carson-Parker.

Its initial claim to fame is that it was the first steel-framed, reinforced concrete theatre in the world when it was constructed in 1912 to the designs of Henry Eli White (1876-1952), a prolific New Zealand theatre architect, for the impresario John Fuller, who had operated an earlier theatre on the site.

Its ornate auditorium is embellished with plasterwork by William Leslie Morrison, who used his grandson as a model for the cherubs.  (I wonder what angst the lad suffered when he grew into his teens and went with his mates to see shows at the St James.)

The St James Theatre closed in 1987 and became the focus of a furious conservation row between a developer, the Chase Corporation, and local campaigners, with Wellington City Council in the midst.

Eventually in 1993 the city council bought it and restored it as a venue for the New Zealand International Arts Festival and a home for the Royal New Zealand Ballet, extending into the adjacent property to provide a café and bar, “The Jimmy”.

If Wikipedia is to be believed [http://en.wikipedia.org/wiki/St._James_Theatre,_Wellington] the St James hosts a wonderful company of ghosts – a Russian performer called Yuri, a wailing woman and wheezing Stan Andrews.

None of these were in evidence when Bob, David and I toured the building from top to bottom on a sunny summer morning.

They couldn’t show me the auditorium of the rival theatre across the road, the Opera House (William Pitt, 1911), because a lighting rehearsal was in progress, so I have to return when I’m next passing by.

The St James Theatre and the Opera House, long-time rivals, are now under co-ordinated management, operated by Positively Wellington Venues:  http://pwv.co.nz/our-venues/st-james-theatre.  To see what’s on, go to http://www.stjames.co.nz.