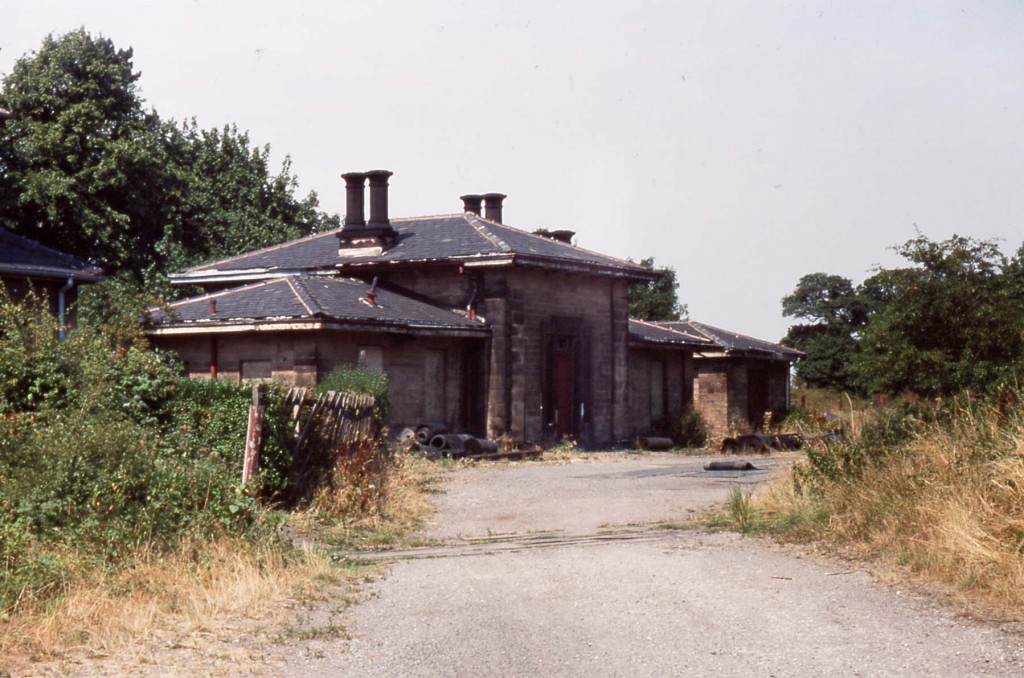 The 2012 version of the Victorian Society’s Top Ten Endangered Buildings list headlined Wingfield Station, Derbyshire of 1840, by Francis Thompson (1808-1895), one of the very first architects to specialise in designing railway buildings:  http://www.victoriansociety.org.uk/news/wingfield-station-derbyshire.

The Transport Trust considers that “Francis Thompson’s best work was on the North Midland Railway, between Derby and Leeds”, yet all the others have disappeared, apart from one small isolated structure at Chesterfield and his Railway Village, next to the main station in Derby.

Wingfield Station appeared, transformed into a suburban villa, in a supplement to John Claudius Loudon’s Encyclopaedia of Cottage, Farm and Villa Architecture.

As long ago as 1950 Christian Barman, author of the pioneer study An Introduction to Railway Architecture, described it as “the most perfect of all station houses”.

Passenger services ceased in 1967, but trains still thunder past twenty-four hours a day:  the North Midland line remains a major trunk route between Sheffield and London, and between the North East and South West of England.

Soon after the station closed to passengers it was bought as a residence, but the passing trains must have made life intolerable.  For several decades the building has simply been left to rot, and lead thefts have led to extensive water damage.

The Victorian Society commentary unequivocally lays the blame for the dire condition of this beautiful little building on neglect by the private owner and negligence by the local planning authority, Amber Valley Council:  “The building has seen too much time go by to wait any longer. The council needs to take action urgently:  compulsory purchase looks to be the only answer.”

It’ll be interesting to see if the national publicity will lead to a burst of energy from a cash-strapped council.

Even more interesting will be the search for a practical use for an elegant station building with too many trains and no passengers.

Update:  At last, moves are afoot to rescue this long-neglected and important building: https://www.derbytelegraph.co.uk/news/derby-news/fascinating-photos-emerge-worlds-oldest-3686753?utm_source=sharebar&utm_medium=email&utm_campaign=sharebar