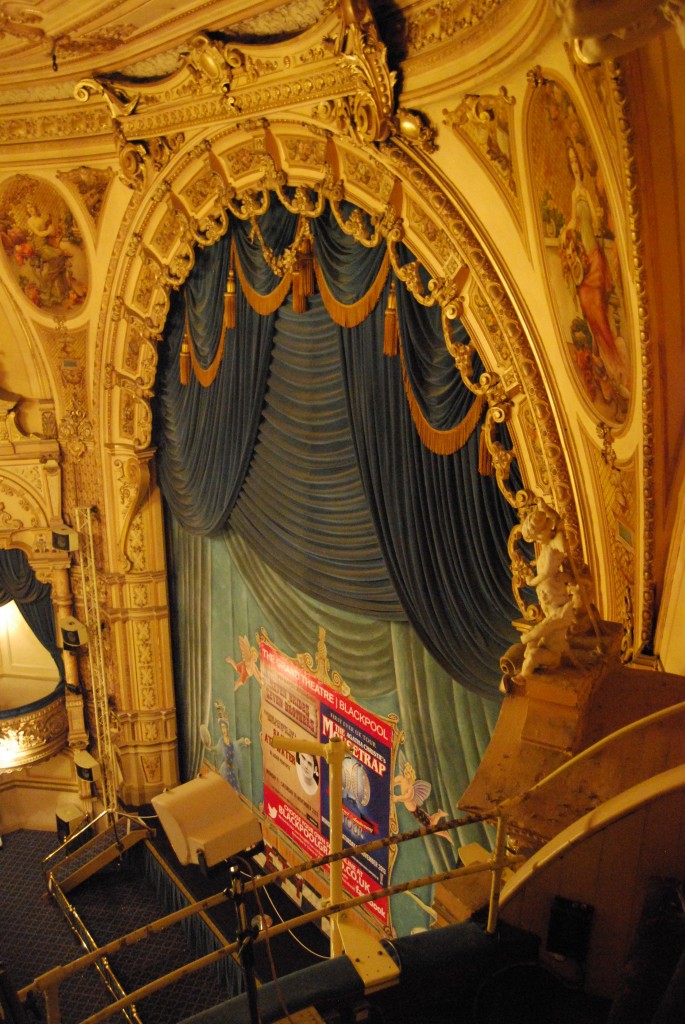 In the late nineteenth century its lessee was Thomas Sergenson, who ran a stage-production of Ellen Wood’s East Lynne – “Dead!  Dead!  And never called me mother!” – for twenty-five summers.

He was a smart businessman and made enough money to purchase a plot of land in 1887 to build a Grand Theatre.

He initially erected a row of shops with a temporary circus building behind, until it became apparent that he held a prime site between the Winter Gardens and its new rival the Tower, which was started in 1891.

Accordingly, he commissioned Frank Matcham to complete the Grand Theatre auditorium at a cost of £20,000 and opened it on July 23rd 1894, two months after the Tower opened, with Hamlet, starring Wilson Barrett.

Like so many Victorian theatres, the Grand was threatened with demolition:  in 1972 it was planned to demolish it to make way for a department store.  It was restored, after vociferous public protest, first as a bingo house, and then sold for a quarter of a million pounds to its present owners, the Grand Theatre Trust.  It was reopened as a theatre by HRH the Prince of Wales on May 29th 1981.