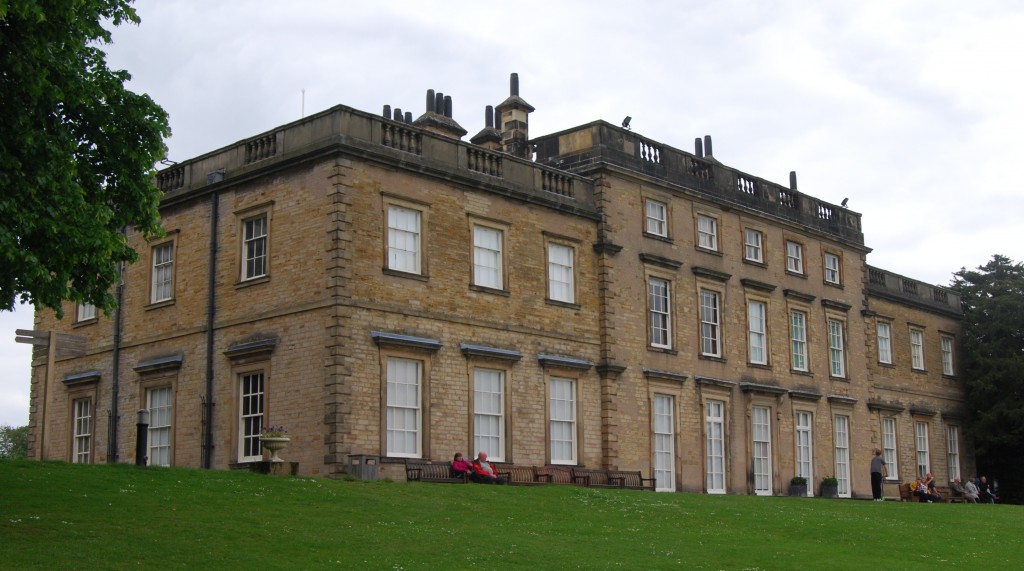 Visiting Cannon Hall, at Cawthorne near Barnsley, is a game of two halves.

The extensive park, which includes a farm and a garden centre, is a magnet for visitors.  The house, which was the seat of the Spencer-Stanhope family until 1951, opened as Barnsley’s municipal museum six years later.

That needn’t detract from the enjoyment of the place.  It’s not a house-that-time-forgot, like nearby Brodsworth Hall, nor is it a fully displayed glass-case museum like the Doncaster museum at Cusworth Hall.

The best way to enjoy the country-house aspects of this particular country house is to join a guided tour, when curatorial staff can explain and explore the furniture and bring to life the lifestyle of the family of Walter Stanhope (1750-1821), who commissioned Carr, the plasterer James Henderson of York, and “the most eminent Cabinet Makers” whose original items have long since been scattered.

The other historical interest of Cannon Hall lies in the family associations with the Pre-Raphaelite Brotherhood.

Many of Evelyn’s paintings belong to the De Morgan Foundation, a collection gathered by Evelyn’s sister Wilhelmina, the formidable Mrs A M W Stirling (1865-1965).  The De Morgan Centre is housed adjacent to Wandsworth Museum:  http://www.demorgan.org.uk.