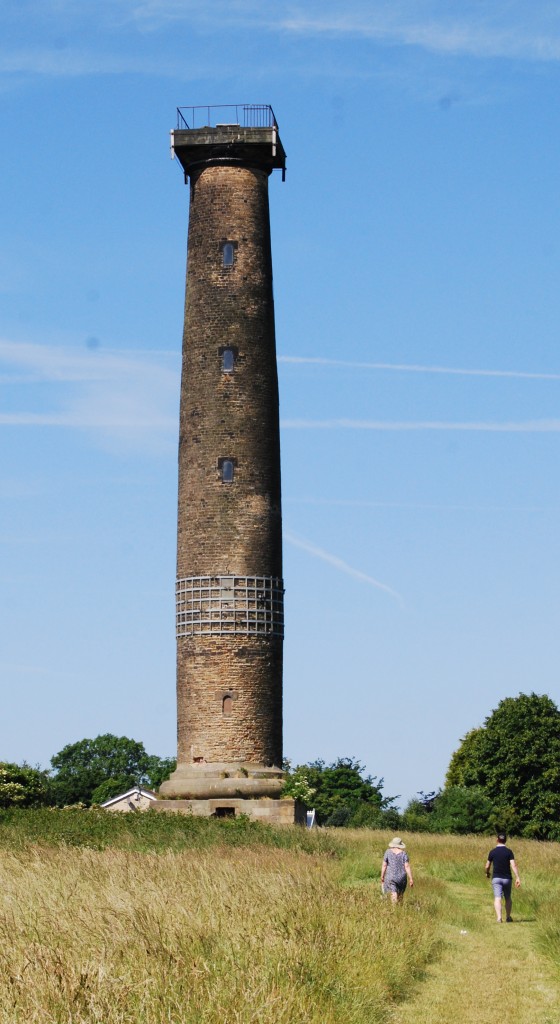 The landscapes around the two great Strafford mansions of Wentworth Woodhouse and Wentworth Castle are dotted with towers, columns, obelisks and other structures, making statements about status and politics.

When I take people to explore the Wentworth Woodhouse estate I like to begin at Keppel’s Column, the column on the horizon marking the southern boundary of the estate.  From there you can see the mansion and all the most significant monuments dotted around the miles of parkland.

It was erected by Charles, 2nd Marquis of Rockingham to celebrate the acquittal of his friend, Admiral Viscount Keppel, who had been court-martialled for losing a naval engagement against the French.

Rockingham was at the time leader of the opposition between his two terms as prime minister, and made a point of celebrating Keppel’s political victory over the Tory court party of George III.

The column is not as the architect John Carr would have wished.  It was intended to be a 150ft rostral column (with ships’ prows projecting) surmounted by a 30ft-high statue of the admiral.

During construction the height was reduced to 115ft, which made the proportions unsatisfactory:  the entasis – the bulge which is necessary to make any classical column appear straight-sided – changes uncomfortably part way up.

There is a spiral staircase to the platform at the top of the Column, at present unsafe and inaccessible.  Keppel’s Column is now maintained by Rotherham Borough Council.

There are recent photographs of the view from the top – taken from a cherry-picker when the structure was last inspected.

None of these seem to have found their way on to the web, but Kenny Fox has a fine aerial view:  http://www.holisticfraternity.co.uk/Keppels.html.