After the public meeting about the demolition of St Cecilia’s Church, Parson Cross, Sheffield Paul Beckett, the Assistant Diocesan Secretary (Property) of the Diocese of Sheffield, invited me to see the interior of the church to gain a better idea of its condition.

It would indeed need serious money to deal with the water ingress, the fallen plaster, the undulating floor in the undercroft and the shot-to-pieces wiring.

If someone could contrive a practical way of recouping an investment of up to a million pounds to save the Church Commissioners spending perhaps £200,000 demolishing the place, they’d have a very beautiful building for their money.

Kenneth McKenzie’s church looks much bigger inside than you’d expect.  It’s a broad, light, elegant space, picking up the elements of traditional churches in the stripped-back manner of inter-war architecture.

As it stands, it has a melancholy time-warp feel:  although disused for the past couple of years, the hymn-books are still on the shelf and the vestments hang in the vestry.

Because the parish was always at the high end of Anglo-Catholicism, it retains statues of saints, a Pietà and a highly ornate reredos of 1923 which is in fact a refugee from the demolished church of Holy Trinity, Preston via another demolished church, St Margaret’s, Burnley.  Presumably it will once more go on its travels.

St Cecilia’s also has an impressive-looking organ, built in 1986 by Cousans of Lincoln from the previous organ by Vincent’s of Durham (1972) with additional parts from two other organs by the Sheffield firm of Brindley & Foster.

Checking the organ in the National Pipe Organ Register [http://www.npor.org.uk/cgi-bin/Rsearch.cgi?Fn=Rsearch&rec_index=N01088] alerted me to a revealing chronology:

It’s clear, with the luxury of hindsight, that it would have been better to prioritise maintaining the outer envelope of the building rather than embellishing the interior.

As it is, the cost of doing anything with it – knocking it down or reviving it – will be onerous.

I mentioned again the stern requirement in the Pastoral Scheme for St Cecilia’s that the church shall be demolished, and Paul assured me that if anyone were to come up with a practical scheme to save the building the process towards demolition could be stalled.

It’s a big ask to fill an empty envelope. 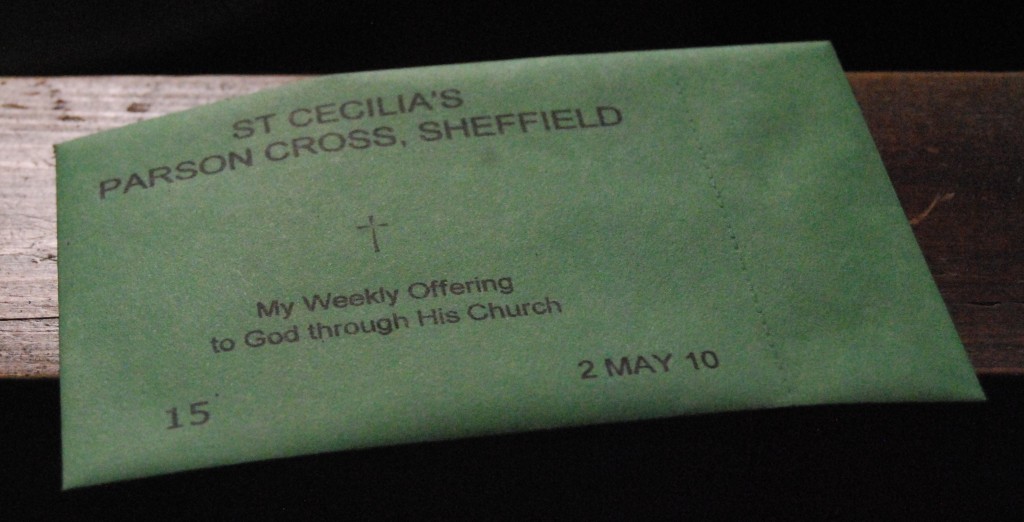