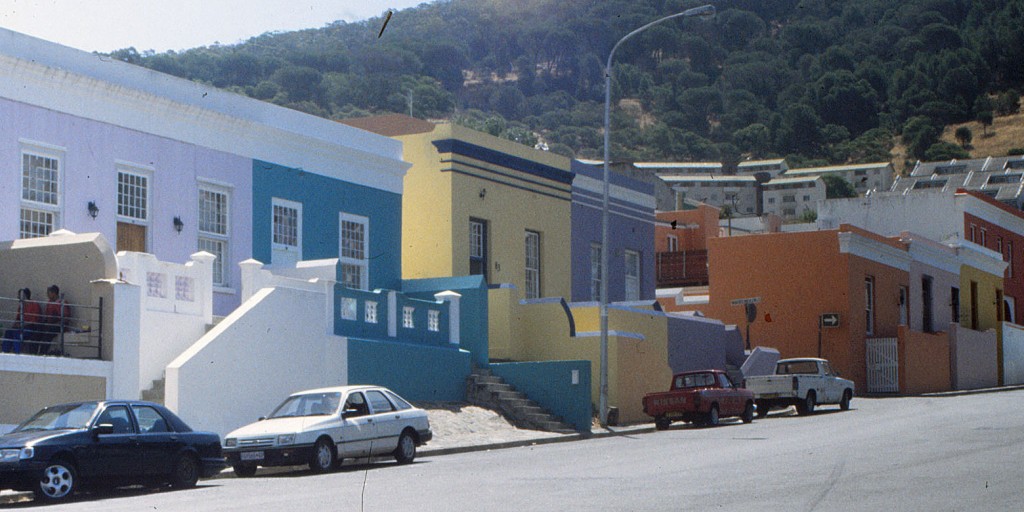 Not far from District Six is an area of Cape Town called Bo-Kaap, formerly known as the Malay Quarter.

This is a Muslim area, occupied by a community that’s been there virtually as long as the Dutch, over three hundred years.  They’re known as the Cape Malays, from their patois not their origin.

The ancestors of the Cape Malays were slaves brought to Cape Town by the Dutch settlers from other parts of Africa, from Indonesia and other parts of south-east Asia as well as the Malay Kingdoms.

Bo-Kaap’s survival is an indicator of the crassness of the social system that blighted South Africa.

Because the area was racially homogenous the apartheid government simply ignored it, leaving its distinctive pale-painted architecture intact.

Stretching up the slopes of Signal Hill, the streets are spacious and attractive, and it’s ironic that in the post-apartheid era they’ve become highly desirable.

The Bo-Kaap Museum at 71 Wale Street is an example of some of the earliest property-development in Cape Town, dating back to the end of the eighteenth century.  It’s now restored to show the lifestyle of the early-nineteenth-century Cape Malay Community.

The Museum is a fascinating introduction to a community that has survived remarkably intact from the earliest history of foreign settlement at the southernmost tip of Africa:  http://bokaap.co.za/museum.