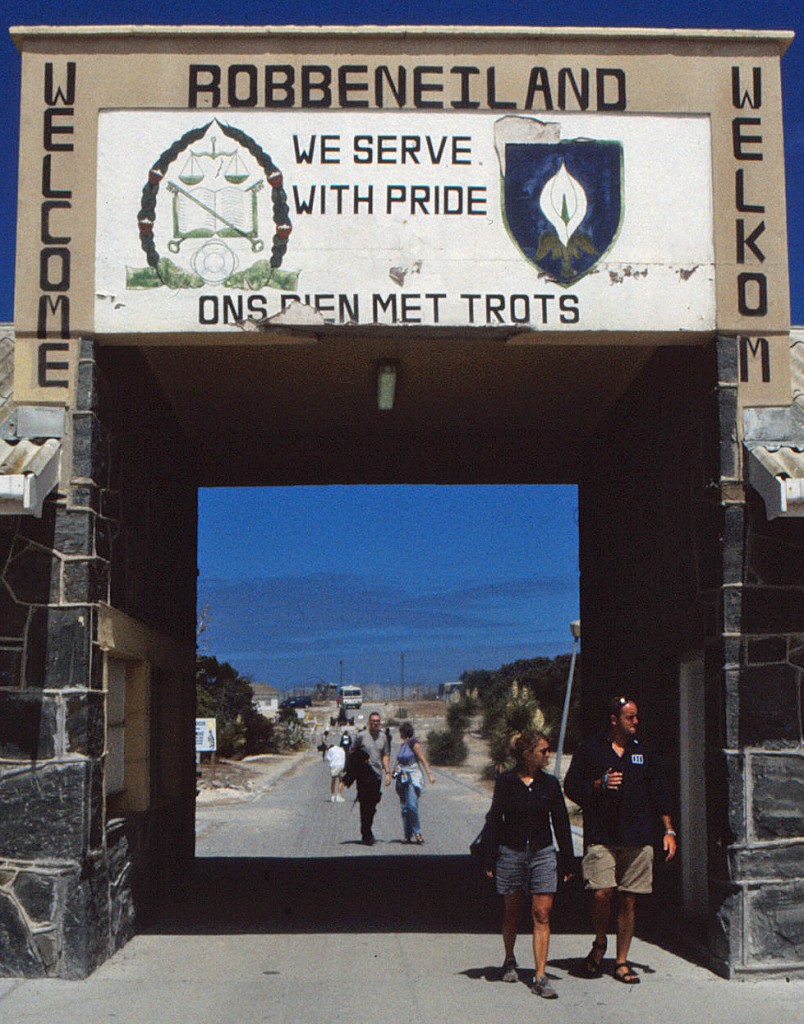 The single essential place to visit in Cape Town is Robben Island, the flat, parched patch in the bay where political prisoners have been incarcerated within sight of the city since the seventeenth century, and where three of the post-apartheid presidents of South Africa spent years of their lives – most famously Nelson Mandela (imprisoned on Robben Island 1962-1982, eventually released 1990), and also the third president Kgalema Motlanthe (imprisoned 1977-1987) and the present incumbent, Jacob Zuma (imprisoned 1963-1973).

When Robben Island wasn’t in use as a prison it served as a leper colony, where the lepers were originally admitted voluntarily but eventually brought there involuntarily.  It was also used as a medium-security prison for criminals.

It is a miserable place, yet unexpectedly uplifting.

When I visited Cape Town I made a point of booking a Robben Island tour [http://www.robben-island.org.za/index.php?option=com_content&view=article&id=10&Itemid=11], and the white man who sold me my ticket was once Nelson Mandela’s jailer, the black man beside him behind the counter an ex-prisoner.

Over on the island, a thirty-minute catamaran trip away, we were bussed past the former leper colony, the lighthouse and the view of Table Mountain, before being introduced to the prison-guide, another ex-prisoner.

All tours are guided by ex-prisoners, so you get the message directly.

At one point the group simply sits in a meeting room to question the guide.  One tourist asked what was the greatest injustice done on the island, and the guide simply replied that the removal of freedom, the deprivation of life’s opportunities was the essential injustice.

I told him he’d taught me that much good occurred on the island, and he said, yes, the prisoners learned to depend on each other, to support and to develop their potentialities.

This isn’t merely a prison, like Alcatraz, but a crucible of political thinking and social revolution.  Kgalema Motlanthe wrote, of his time on Robben Island,–

We were a community of people who ranged from the totally illiterate to people who could very easily have been professors at universities.  We shared basically everything.  The years out there were the most productive years in one’s life, we were able to read,  we read all the material that came our way, took an interest in the lives of people even in the remotest corners of this world.  To me those years gave meaning to life.

A clip about Robben Island featured in the BBC News coverage of the death of Nelson Mandela.  I’ve no way of knowing if Christo Brand, featured in the clip, was the man I spoke to when I visited in 2000:  http://www.bbc.co.uk/news/world-africa-25296656.