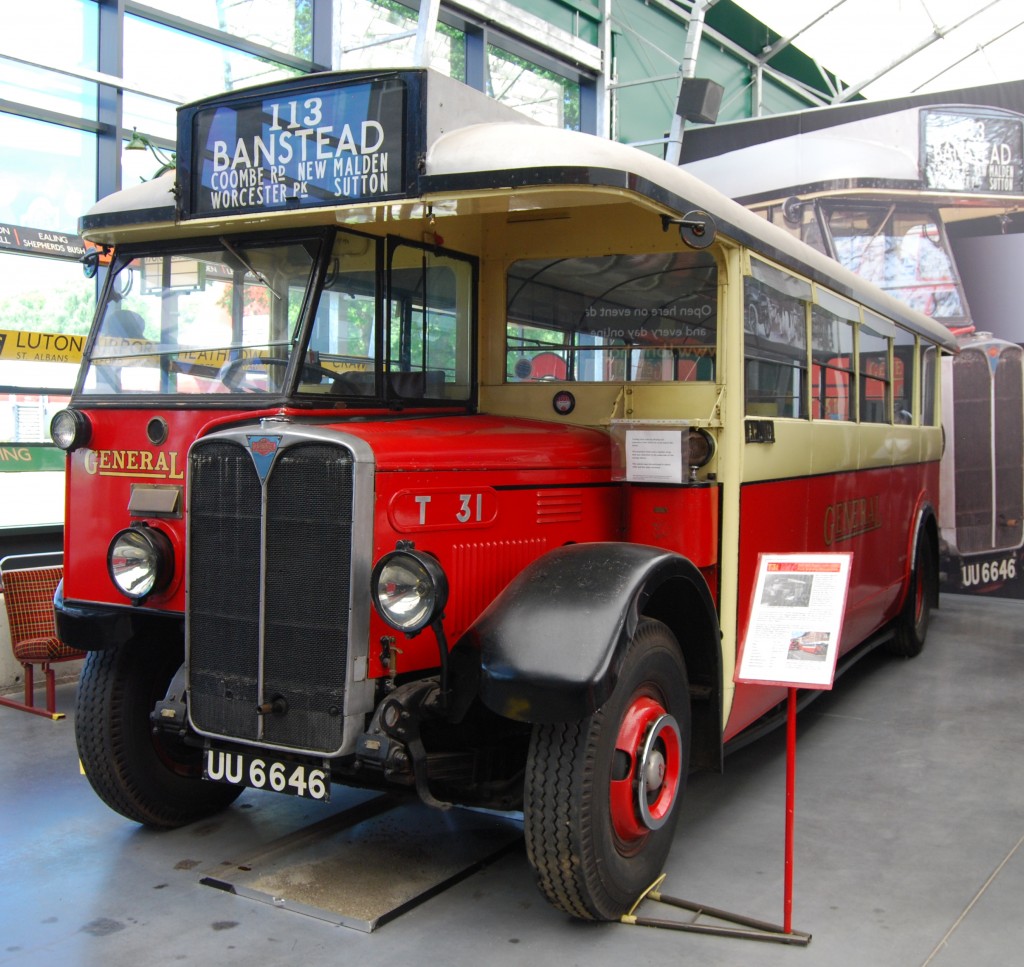 The London Bus Museum, not to be confused with the London Transport Museum at Covent Garden, presents a chronological collection of London-area buses from the age of horse-drawn transport to the late twentieth century, artfully displayed like a sort of art gallery of buses, in a purpose-designed building at the Brooklands Museum in Surrey.

Pride of place is given to T31, a 1929 AEC Regal single-decker which was built for the old London General Omnibus Company, carried passengers for London Transport until 1952 and then served as a training vehicle until 1956.

It was the very last surviving London Transport bus that had originated with General, and was bought by a group of enthusiasts off the road for £45.

During its long career the rear entrance was moved to the front, and the petrol engine changed for diesel.  Its restoration to original condition took until 1979, and it was bought by the London Bus Museum in 1994.

Part of T31’s historical appeal is that it’s the very first British bus ever to be taken into preservation – a truly far-sighted act of faith in 1956, when the idea of retaining out-of-date workaday vehicles such as trams, buses and trains was widely ridiculed.