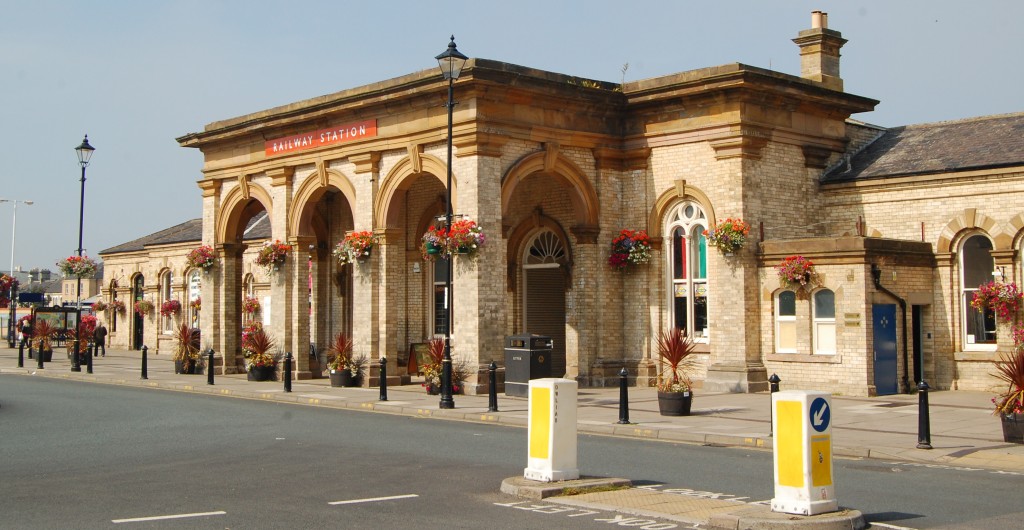 Saltburn-by-the-Sea is a classic example of a Victorian holiday resort built at the end of a railway line.

Its site was a bare cliff-top until Henry Pease, the Quaker son of the founder of the Stockton & Darlington Railway, came upon it in 1859 and – in his wife’s words – saw, “in a sort of prophetic vision, on the edge of the cliff before him, a town arise and the quiet unfrequented glen turned into a lovely garden”.

Henry Pease, with his brother, nephew and numerous other S&DR personalities and figures in the local iron industry, formed the Saltburn Improvement Company in 1860, in anticipation of the opening of the railway.

The foundation stone of the first building in the new town, a row of six railwaymen’s houses named Alpha Place, was laid on January 23rd 1861.

Passenger trains began to run on August 17th that year, at which time not even Alpha Place, apparently, was finished.

The Improvement Company held a competition to obtain a street-layout, and commissioned from the winner, George Dickenson of Darlington, a plan which is still the framework of the town centre.

Parallel to the railway which bisects Saltburn, to north and south, run Milton Street and Dundas Street, with the “jewel” streets (Amber, Pearl, Diamond, Emerald, Ruby and Garnet) grouped between Milton Street and the Marine Terrace, and the “river” streets (Eden, Leven, Tweed, Lune, Avon and Greta) running roughly at right-angles to Albion Terrace which overlooks the valley of Skelton Beck.

Alpha Place was demolished because it conflicted with Dickenson’s alignments.

The Saltburn Improvement Company kept strict control over building standards in the town, insisting on uniform rooflines, though allowing some freedom in architectural detail, and specifying for all frontages the use of a white firebrick which was, perhaps predictably, obtained from Peases West Brickworks in Co Durham.

The prices of plots were fixed on a scale which placed obvious value on sea and valley views, and on commercially valuable sites in the centre. Plots on the Jewel Streets cost around half as much as those on the sheltered sites looking across the valley (5s 6d as opposed to 10s 6d).

Economic depression in 1873-5 halved the price of Cleveland iron-ore, and effectively halted the planned development of Saltburn.

The Assembly Rooms, designed for the plot at the south end of Britannia, was never started. Britannia Terrace itself was never finished.

The Improvement Company was wound up in the early 1880s after passing its responsibilities to a local Board of Health and the Owners of the Middlesborough Estate.

No longer did buildings in Saltburn have to be faced in Peases West brick, and the distribution of this pale, unlovely material illustrates as clearly as a snapshot how far development had gone by about 1875.