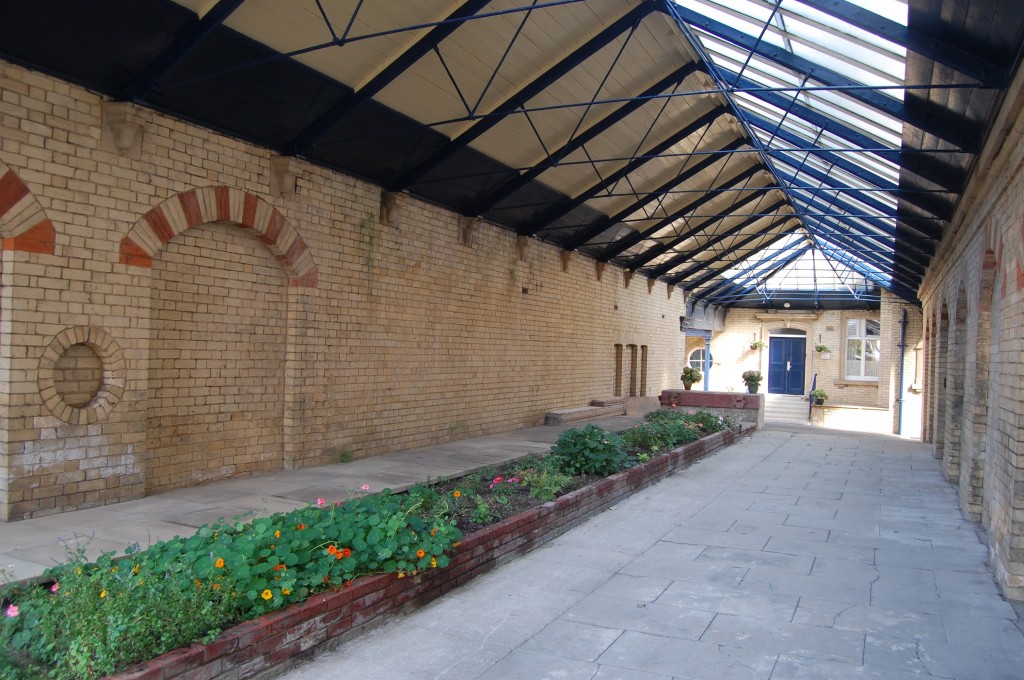 The first public building in Saltburn was the Zetland Hotel, built by the Stockton & Darlington Railway to the designs of William Peachey, who also built the Methodist Church on Milton Street (1865) and later, as architect to the North Eastern Railway, built the gothic station at Middlesbrough.

In its situation it’s strongly reminiscent of the Grand Hotel at Scarborough, but its Italianate styling is much lighter than Cuthbert Brodrick’s magnificent bombast.

The circular turret above the central bay of the Zetland was initially equipped as a telescope room.

So strong was the connection – through the Pease family – between the railway and the resort that the station platform was extended so that the buffer stops stood within feet of the back door of the hotel.

A covered train-shed protected passengers as they left the train and entered the hotel without discomfort whatever the weather.

The stable block, incorporating coach-houses and accommodation for livery servants, was designed with an imposing blind arcade facing Milton Street.

The hotel eventually closed in 1989 and was later converted into an apartment block. The Milton Street stables building is now adapted as housing also.