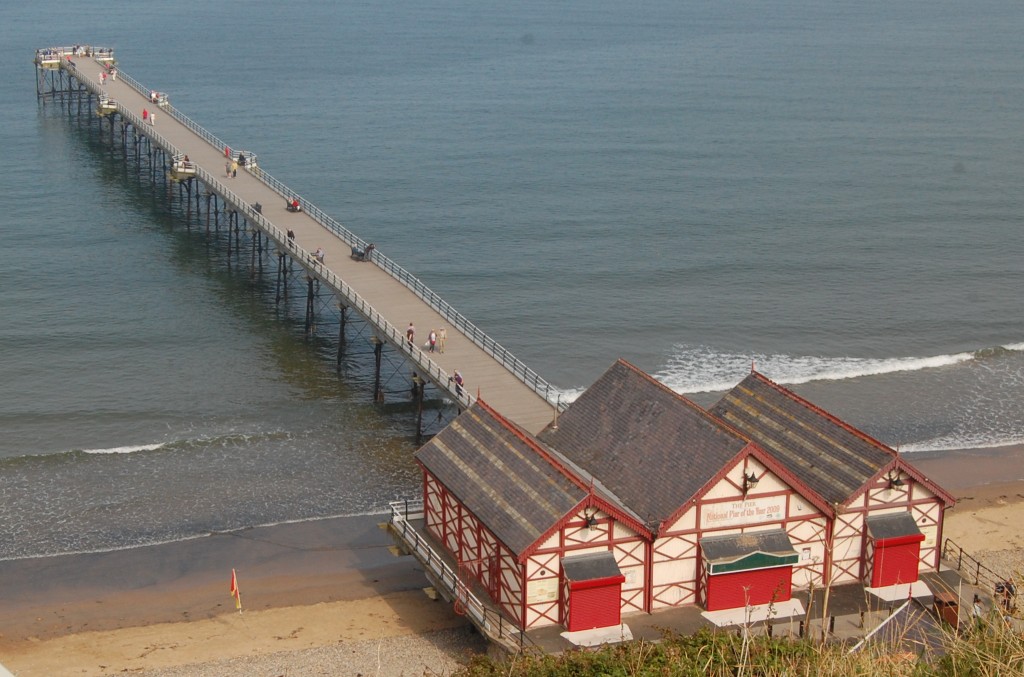 One of the first purchasers of Improvement Company land in Saltburn was John Anderson, a railway contractor who had worked for the Stockton &Darlington Railway and who also had ironworking interests locally.

He built the Alexandra Hotel, intended to be the centre-piece of Britannia Terrace, and invested funds and enormous energy in the resort.

He was the driving force behind Saltburn Pier, such that construction was well under way before the enabling Act was passed, and the structure was open to the public in May 1869, only eighteen months after the initial public meeting to propose the idea.

The original length was 1,500 feet, but after a storm on October 15th 1875 in which a section of Saltburn Pier collided with Redcar Pier, Saltburn Pier was shortened to 1,250 feet.

The Pier Company was wound up in 1879 and its assets transferred to the Improvement Company and then in 1883 to the Owners of the Middlesbrough Estate.   The pier head was widened, with new refreshment rooms and kiosks, a bandstand and gas lighting, in 1884, and subsequently with electric lighting in 1887.

A collision in 1924, when the china-clay carrier SS Ovenbeg punched a 210-foot gap in the pier, was repaired by 1929, and a theatre was added the following year.

The local council took over the pier in 1938, and at the start of the war it was breached as a precaution against invasion. The gap was not repaired until 1952, and gales in the following winter required repairs that took five years to complete.

Refurbished by a £1.2 million lottery grant in 2000 and listed Grade II*, Saltburn pier is now celebrated as the only surviving seaside pier on the Yorkshire coast.