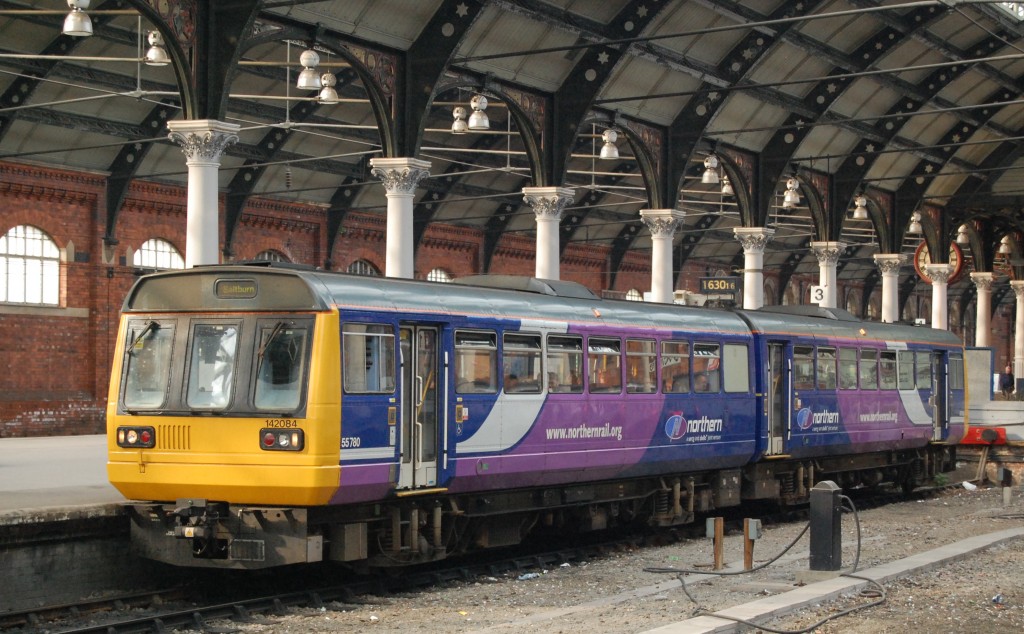 Of all the signals of a government’s contempt for the passengers of its nationalised railway, none is more palpably cheap and nasty than the Pacer unit.

They were built for British Rail at a time when economy was paramount, using a four-wheel chassis based on the experimental High Speed Freight Vehicle and bodywork derived from the standard Leyland National bus, another – more successful – attempt at nationwide standardisation built between 1972 and 1985 by British Leyland and the National Bus Company.

Effectively a bus body on a freight-wagon chassis, with basic bus seats and inward opening doors, these lumpen machines pick up every bump and indentation in the track, screech round curves intended for eight-wheeled bogie vehicles and make particularly heavy weather over traversing points and junctions. They are noisy and most are underpowered.

A rear-end collision at Winsford in 1999 showed up the physical frailty of the Pacer design: http://news.bbc.co.uk/1/hi/uk/383785.stm.  Fortunately, the unit concerned was running empty, and the driver, at the opposite end of the train to the crash, was unscathed.  But the rear cab was destroyed and the bodywork of both coaches detached from the underframes.

These flimsy trains were built in the 1980s with a design-life of twenty years, but almost all of them are still in service, and they will be needed until at least 2020 because no new diesel railcar units are being built.

A number of early-model Pacers were sold in the late 1990s to the Islamic Republic of Iran Railways where they have not found favour.

There is, inevitably, a Pacer Preservation Society, with a magazine Pacer Chaser: http://www.pacerpreservationsociety.co.uk.

One day, it will only be possible to ride these beasts in a museum. For the foreseeable future, however, regular passengers have no choice: http://www.bbc.co.uk/news/uk-politics-30945127.

Update:  A BBC News report indicates that the habit of patronising Northern commuters with life-expired rolling stock is set to continue with a proposal to upgrade 1978 District Line trains to work in Yorkshire and Lancashire:  http://www.bbc.co.uk/news/uk-england-31536600.

Further update:  The award of the Northern Rail franchise to Arriva Rail North Ltd signals at last the imminent demise of the Pacers:  http://www.bbc.co.uk/news/uk-england-35048842.