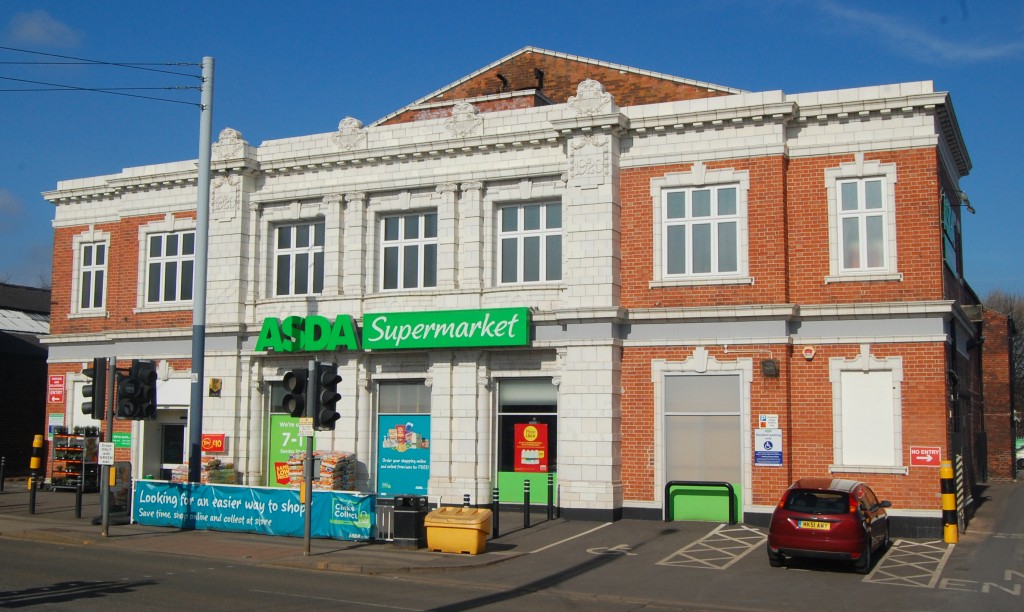 Sheffield has two Grade II listed cinemas, the Adelphi and the Abbeydale. Of the others remaining, one of the best and most surprising survivals is the Hillsborough Park Cinema of 1921.

Its elegant brick and faience façade, vaguely classical but with mullion-and-transom windows, decorates the streetscape on the tram-route at Parkside Road.

An English Heritage inspector would no doubt turn up his or her nose at the place, because when you walk through the door you’re in a perfectly conventional Asda supermarket. There’s hardly any indication that this was once a picture palace.

But thirty-odd years ago, when the Sheffield journalist Steve McClarence and I went exploring for his ‘Sheffielder’ column, we were taken through a door back into the 1950s, climbed the staircase to the circle, and found ourselves on the balcony, devoid of seating but otherwise intact.

There was the proscenium, and the clock, and through the panels of the suspended ceiling that fills the void in front of the balcony, we could glimpse unsuspecting customers trundling their trolleys.

Back downstairs we tried to run a trolley by gravity towards the screen end, but the floor has been levelled.

We thought this rather a pity, though practical.