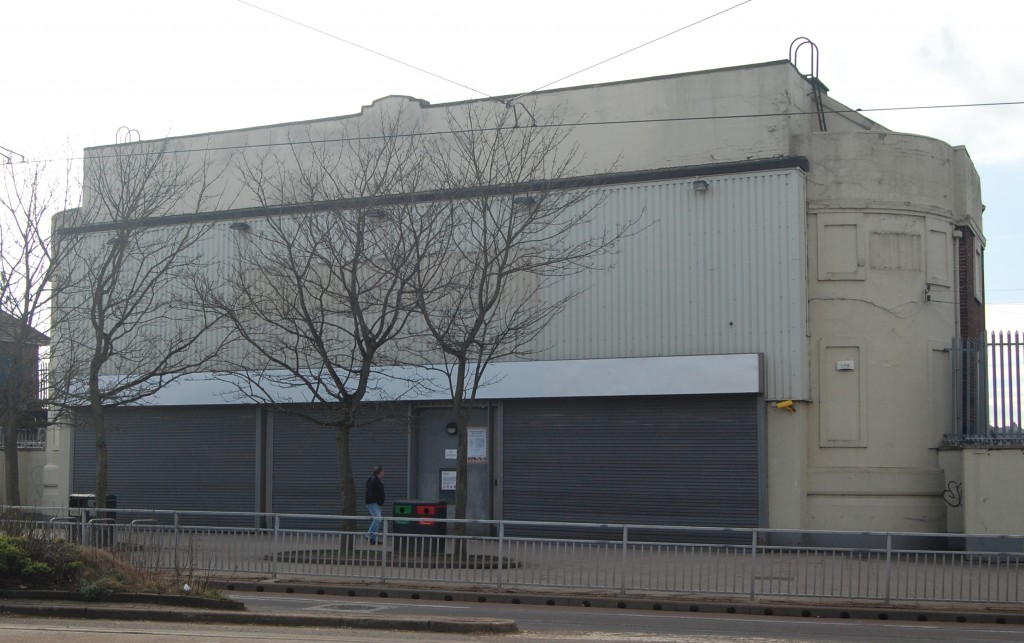 The most intriguing of all the surviving Sheffield picture-houses is the Manor Cinema (1927) at the top of Prince of Wales Road.

Like the Hillsborough Park Cinema this was until recently a supermarket, latterly operating as a Tesco. When you walked in off the street there was no hint that until 1969 it was an auditorium.

But the oddity about the Manor Cinema is that it was built into a steep hillside, and the street-level access led into a wide foyer and then into the circle. The stalls-area was downstairs.

Indeed, the Manor was unusual for having two balconies: the three tiers were described as saloon, first balcony and second balcony.

This was the work of Pascal Stienlet, who had previously worked in Sheffield at the Abbeydale Picture House (1920), which also stands on a sloping site and had a ballroom and billiard hall below the auditorium and stage.  He also designed the Majestic Cinema, Leeds (1922).

Before the Tesco store closed I was told that there was no access to the parts of the building that aren’t in practical use.  A Poundland store currently occupies an area equivalent to the original foyer.

Apparently, the last time the building was surveyed was when Tesco took it over in 2010.

It would be an interesting revelation to discover if, like the Hillsborough Park Cinema, anything of the auditorium remains.