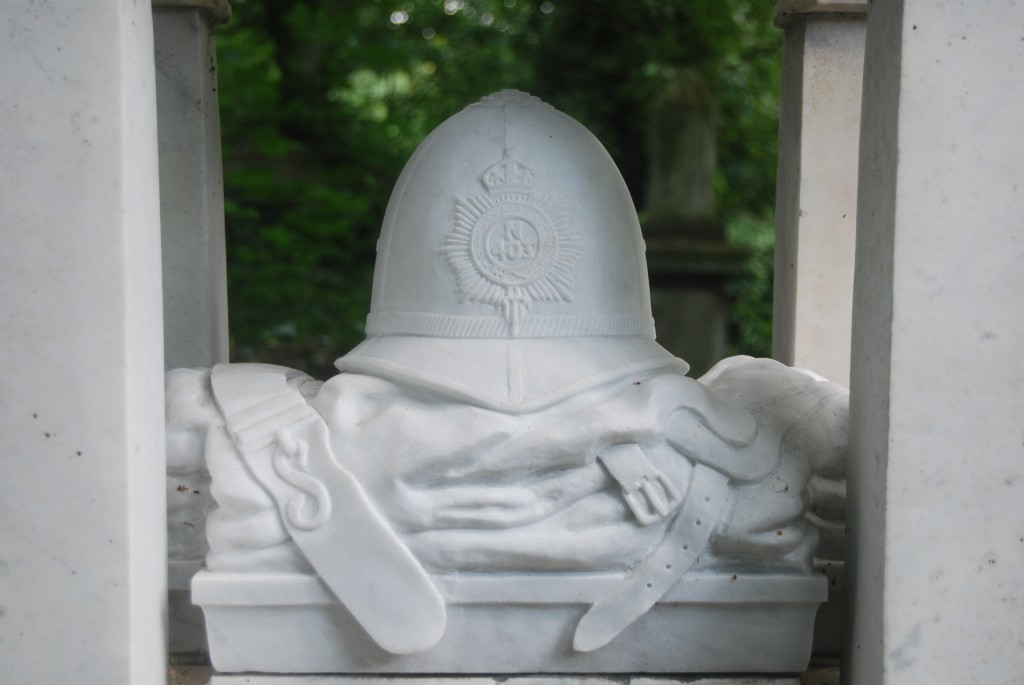 Abney Park Cemetery, in Stoke Newington in north London, is the nineteenth-century Campo Santo of the Dissenters, freighted with ministers, missionaries and other dignitaries from the Congregational, Baptist, Methodist and Salvation Army denominations.

It was laid out as a garden cemetery on land that has strong associations with seventeenth- and eighteenth-century nonconformity.

In particular, the long-term residence of the great hymn-writer, Dr Isaac Watts (1674-1748), stood on the site and though he is buried at Bunhill Fields in Islington, his statue stands at the centre of the cemetery. It was sculpted by Edward Hodges Baily RA FRS (1788-1867), who also carved the statue of Lord Nelson that tops the column in Trafalgar Square.

Abney Park was a particularly desirable place for nonconformists to be buried because, for the first forty years after it opened in 1840, its peculiar legal status meant that burial fees were not paid to the local Anglican clergy – a great bugbear for non-Anglicans almost everywhere else.

Perhaps the most evocative monument of all in the cemetery commemorates PC William Frederick Tyler (c1878-1909) who was shot dead in the spectacularly desperate Tottenham Outrage.

Two armed Latvian anarchists, Paul Helfeld and Jacob Lepidus, set out to steal the wages (amounting to about £80 in coin) from the factory where they worked. They were pursued by officers from the nearby police station.

In the chase that followed, Helfeld and Lepidus used their guns freely, and Helfeld shot PC Tyler in the head when asked to surrender.

After a chase that involved two hijacked trams, a horse-drawn carriage and a milk cart, both robbers shot themselves: http://www.pfoa.co.uk/uploads/asset_file/The%20Tottenham%20Outrage%20-%201909%20v3.pdf.

PC Tyler was given a ceremonial funeral, and lies in Abney Park Cemetery: his monument, beautifully carved in white marble, shows his helmet and his cape neatly folded and carries his badge number.

Nearby lies the ten-year-old schoolboy Ralph Joscelyne who was caught in crossfire during the incident.

PC Tyler’s death and the bravery of his colleagues led directly to the establishment of the King’s Police Medal.