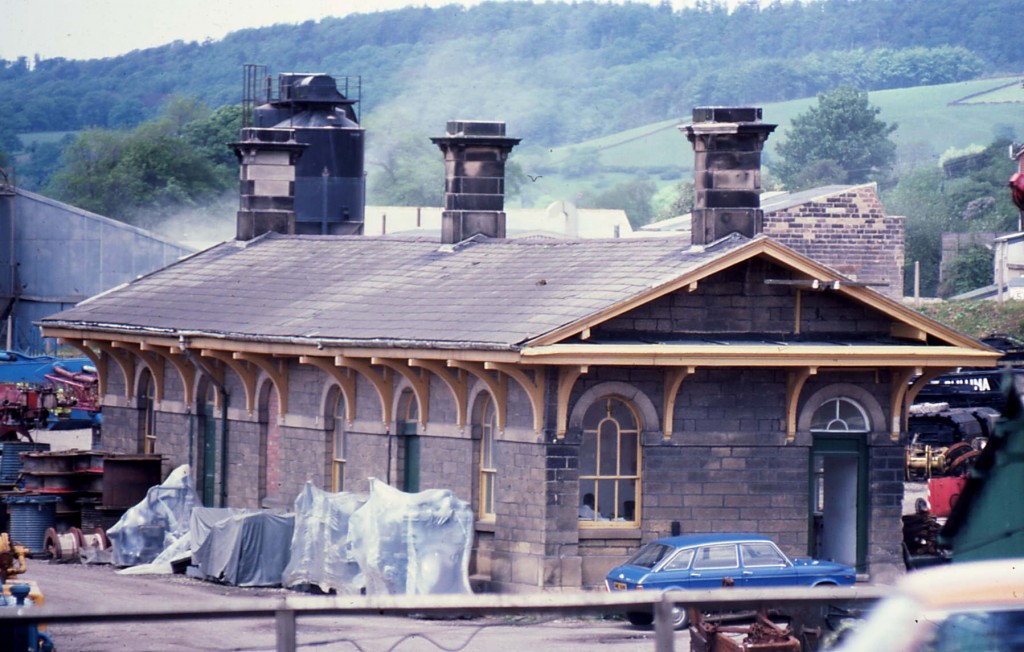 The Manchester, Buxton, Matlock & Midland Junction Railway, the little railway with the long name, was an ambitious project to connect the East Midlands with Lancashire, starting at a junction with the North Midland Railway at a place called Toadhole which the railway renamed Ambergate.

The MBM&MR opened in 1849 through Cromford and Matlock as far north as Rowsley, where the Duke of Devonshire’s Chatsworth estate bounds the Duke of Rutland’s Haddon estate.

The intention, had there been sufficient capital, was to continue up the Derwent Valley, tunnelling beneath Chatsworth Park, towards Baslow, Edale or Castleton and Chinley to Cheadle.

The 6th “Bachelor” Duke of Devonshire was in favour of this route.  The company chairman was the Duke’s cousin, Lord George Henry Cavendish, and he was succeeded in 1854 by the Duke’s agent, Sir Joseph Paxton.  (Paxton’s original sketch for the Crystal Palace was in fact drawn on a sheet of MBM&MR blotting paper during a directors’ meeting at Derby.)

The 6th Duke died in 1858, and his successor had no intention of letting a railway through Chatsworth.

As it happened, the 5th Duke of Rutland died in 1857, and his successor was prepared to allow the Midland Railway to build a cut-and-cover tunnel at the back of Haddon Hall which was at the time practically derelict.

The Midland line to Manchester consequently went up the Wye Valley, through Monsal and Miller’s Dales on its way to Chinley.

And the original Rowsley station, designed by Sir Joseph Paxton, was left at the dead end of an unbuilt main line, made redundant by a new Rowsley station a few hundred yards away.

The old building survived as the goods office for sidings known as ‘The Old Yard’, and was the very last rail facility to close in Rowsley in July 1968.

After the railway closed the Old Yard was occupied by a construction company, and in 1999 the old station became a feature of the Peak Village shopping outlet:  http://www.peakshoppingvillage.com.

The original MBM&MR track is now operated from Matlock to just short of Rowsley by PeakRail, with the ultimate intention of extending the heritage railway through Haddon to Bakewell and beyond.