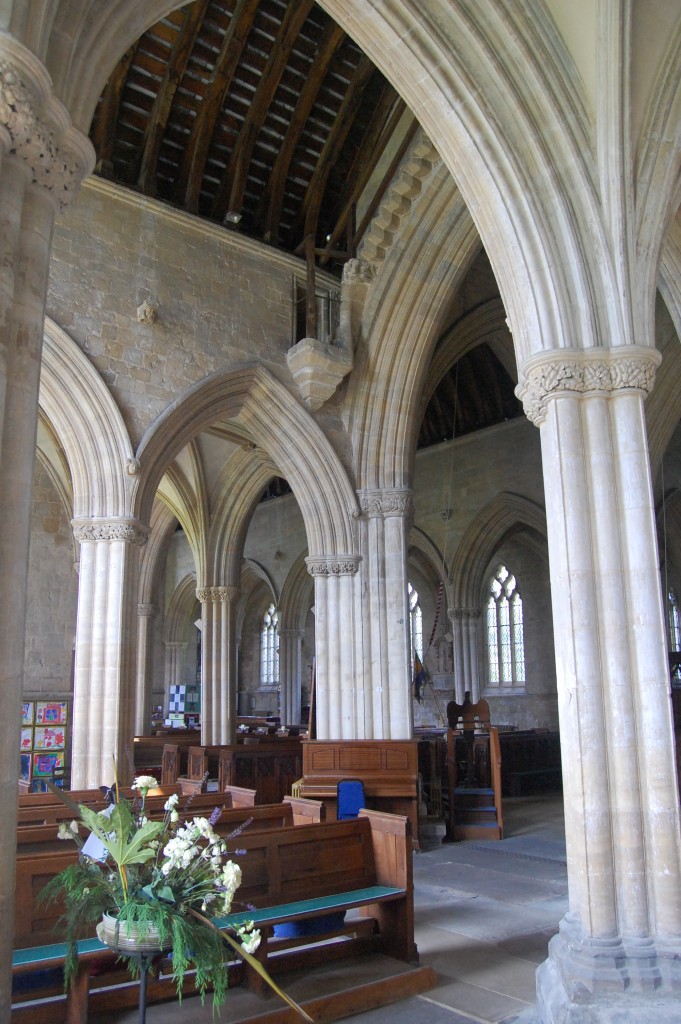 St Patrick’s Parish Church in the distant Holderness parish of Patrington is one of the most perfect of English medieval churches.

The “Queen of Holderness” was ranked by Sir John Betjeman as “one of the great buildings of England”.

Sir Nikolaus Pevsner comments that it has “a unity of exterior and a unity of interior, a calm perfection in both which one never ceases to admire”.

Built in a single sequence from about 1300, interrupted by the hiatus of the Black Death, and hardly altered since its completion in the following century, the church is an inspiring keynote in the flat East Riding landscape.

The scale of the building comes as a surprise to the modern traveller, even after passing the other great Humberside churches at Howden, Beverley, Hull and Hedon.

One explanation for its magnificence lies in the changing geography of the adjacent coastline:  in the fourteenth century Patrington was the market centre for the hinterland of the lost port of Ravenser and such other townships, long since eaten away by the sea, as Frismarck and Therlesthorp.

In addition, the manor belonged to the Archbishops of York, several of whom are known to have visited and transacted business from Patrington.  These same archbishops were engaged in the great rebuilding of York Minster which was finally completed in 1474.  Robert of Patrington was master mason at York Minster in 1369;  two other named members of the family, Ralph and another Robert, worked in York in succeeding generations.

Within the church are many treasures – the twelve-sided fourteenth-century font, the fine sedilia, piscina and Easter sepulchre in the chancel, and the Jacobean pulpit, dated 1612, part of the major post-Restoration pewing of the church, of which some benches survive in the South Transept.

The upper chamber of the two-storey south porch provides a dramatic view across the church, from which all the entrances to the nave are visible to the sacristan who was responsible for the treasures and documentary records of the church.

This chamber, known in the seventeenth century as the God-house, was used in that period as the twice-yearly meeting-place for the head jury of the manor.

There’s no more magnificent building in the wide open spaces of Holderness.