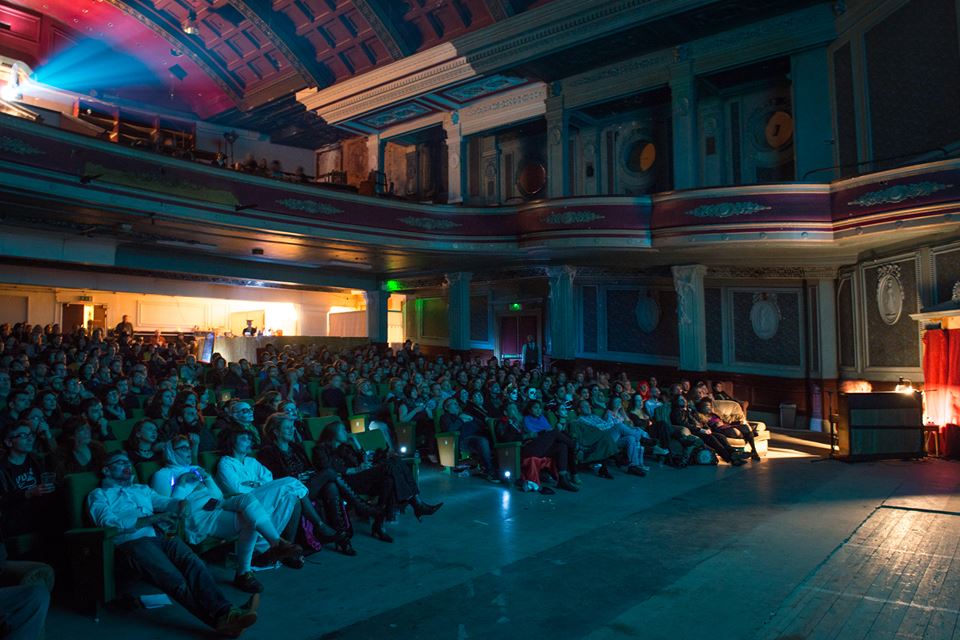 I’ve never seen the point of dressing up for Halloween – just as I’ve never understood the point of punk, or tattoos.  If you’re beautiful, why make yourself look ugly?  And if you’re ugly, why make matters worse?

At the Abbeydale Picture House Halloween film night there were lots of people who had taken a great deal of trouble to make themselves look as if they’d just been dug up.

Even though I’ve never had a taste for horror films, Nosferatu (1922) came to life, so to speak, in the Abbeydale’s faded auditorium with the brilliant piano improvisations of Jonathan Best:  http://www.silentfilmpiano.com.

There is something magical about watching a silent movie in a packed silent-movie picture-house with a resonant piano that fills the acoustic.

Effects that would seem primitive through the prism of modern media, such as colour-tints for mood, work when seen as they were meant to be seen.

Though a modern audience inevitably reacts to Nosferatu with the irony born of two generations of horror movies, I found myself wondering just how frightening all this was in 1922.  Though it’s now PG-rated, it must have seemed pretty scary to the original audience.

For those of us who seek to bring Sheffield’s finest suburban cinema back to practical use there’s magic in seeing hundreds of people turn up for an exceptional cultural experience within its walls.

For me, there was extra magic on the way home when the taxi-driver, who came to Sheffield fifty years ago to work in the rolling mills, asked me where I’d been and reminisced about the cinemas he knew – including the Abbeydale – in the 1970s.

Sunday afternoon, he told me, was when the Asian community gathered at the Adelphi and the Pavilion to watch Bollywood.

And he’s glad to see such places survive and come back to life.

Cinema is magic – before, during and after the film.

For the next life-enhancing Abbeydale experience, watch this space:  https://www.facebook.com/Abbeydale-Picture-House-Events-414197585395539.