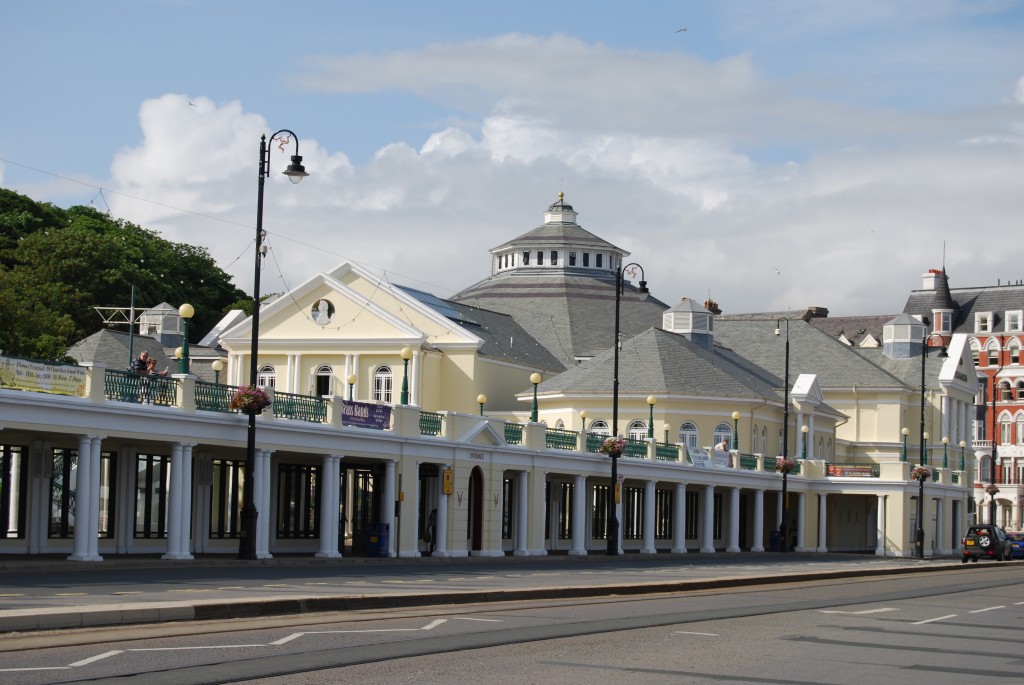 The Manx Government acquired their magnificent Wurlitzer organ in 1989 and initially installed it in the now-demolished Summerland centre.  At last it has been meticulously restored and rebuilt in the Villa Marina arcade, sandwiched between the Gaiety Theatre and the Villa Marina concert hall.  This 1929 instrument came originally from the City Cinema, Leicester, rescued by a wealthy organ-enthusiast, Allan Hickling, and installed in his home, Dormston House, Sedgeley [see http://www.villagaiety.com/ViewNews.gov?page=lib/news/villagaiety/allanhicklingand.xml&menuid=11570].

Len Rawle, who led the renovation project, demonstrated its range and power in a Saturday-evening concert in May after a week of maintenance work and before running a seminar for the island’s aspiring organists.  (Len’s website is at http://www.lenrawle.eu/scripts/Biography.html.)

You can’t argue with the power of the mighty Wurlitzer.  There is something unmistakable in the bravura playing-style that the instrument demands – accelerandi, rallentandi, arpeggii, swells and swirls and, as Len pointed out, early in his presentation, contrast.  People sometimes assume incorrectly that a theatre-organ is amplified, and Len showed how its core works perfectly well as a church organ playing classical pieces.  He gave an admirable conducted tour of the Wurlitzer specification – the stops designed specifically to create a “unit orchestra” to accompany silent movies, the additional keyboard links that provide bells, xylophone and vibraphone and the special effects for film accompaniment such as the motor-horn, the fire-engine and the birdsong which, he gently pointed out, should be used with discretion.

Noël Coward’s petulant line in Private Lives, “extraordinary how potent cheap music is” has the ring of truth.  Popular classics such as ‘There’s No Business Like Show Business’ and ‘When I Fall In Love’ scrub up to a high polish on a Wurlitzer, and Len’s repertoire included less familiar music of the period.  He brought his evening to a close with both the Manx national anthems, the nostalgic ‘Ellan Vannin’ and the staunch ‘Arrane Ashoonagh dy Vannin’ [‘Land of our birth, gem of God’s earth, O Island so strong and so fair…’].

There’s no following that with an encore.  What Len actually did was to shoo the audience away so that a young girl could have privacy to try out the Wurlitzer on her own.  As he said, that was what got him started a few decades ago.