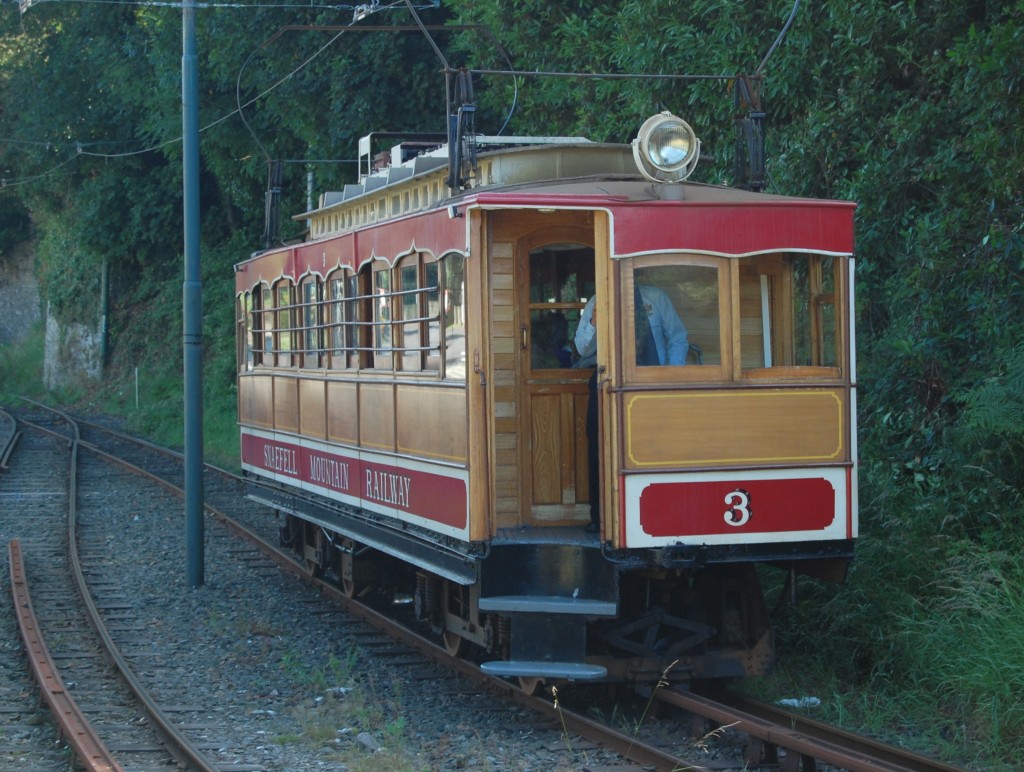 By a miracle nobody was killed or injured when the Manx Snaefell Mountain Railway no 3 inexplicably ran down the mountain on Wednesday March 30th:  http://www.iomtoday.co.im/news/isle-of-man-news/pictures-runaway-mountain-tram-crash-drama-1-7824668.

Someone must have had a heart-stopping moment when they turned round and found their tram had disappeared.

Fortunately there was no-one on board.

Even more fortunately the tram overturned on the bend before it could reach the road-crossing at the Bungalow.

A road collision at the Bungalow would certainly have been fatal.

If instead the tram had continued down the line beyond the Bungalow it would have caused even more destruction, whether somebody had had the presence of mind to set the points to run it into the depot or, worst of all, if it had run on into Laxey, over another main road and into the terminus where there are buildings, crowds of people and possibly other trams.

How an empty, parked tram unexpectedly took off down the steep incline isn’t yet explained, but the restoration of the service within three days indicates confidence that the cause is known and can be certainly avoided in future.  This clip from the Isle of Man News gives more detail:  http://manx.net/tv/mt-tv/watch/77830/tram-crash-update.

There has never before been a runway on the Snaefell Mountain Railway in 120 years of operation, though there was one on the Llandudno funicular Great Orme Railway in 1932.

Certainly no 3 is matchwood.  It can’t be restored in any meaningful sense, though like its companion no 5, destroyed by fire in 1970, it could be replaced by a close facsimile, which may include components from the original.