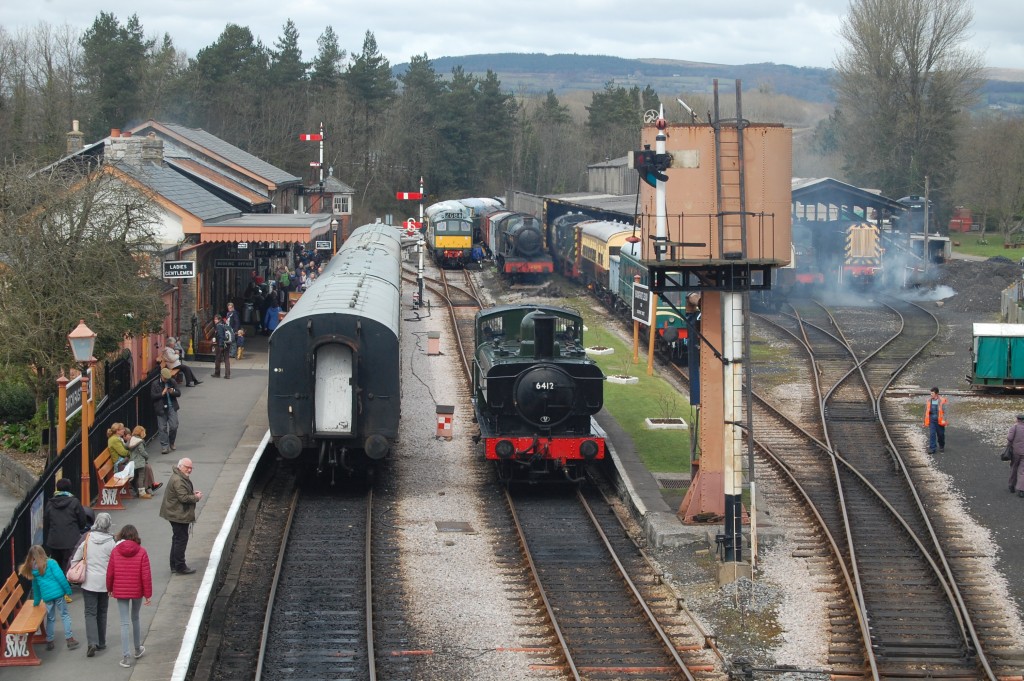 Dr Richard Beeching could open the heritage railway then called the Dart Valley Railway with a clear conscience, because it was not one of the railways that his now notorious Report had closed.

The branch line from Totnes to Ashburton, opened in 1872, had never made a worthwhile profit.  The company that built it, the Buckfastleigh, Totnes & South Devon Railway, eventually sold out to the operator, by then the Great Western Railway, at a huge loss in 1897, and by the 1930s the three stations were between them selling less than twenty tickets a day.

The last passenger train ran on November 3rd 1958 and freight continued until September 1962.  Although Dr Beeching had been appointed Chairman of the British Railways Board in 1961, the first of his two reports, The Reshaping of British Railways, came out in 1963.  Dr Beeching returned to his substantive post at ICI in 1965.

The branch line reopened as the Dart Valley Railway in April 1969.  Because service trains had always used the main-line platform at Totnes station, rather than a bay platform, access to heritage trains at Totnes remained a problem for years, until the specially constructed riverside station short of the main-line junction, Totnes (Littlehempston), was linked by a pedestrian footbridge in 1993.

Since 1991 this charming little line has been operated by the South Devon Railway Trust.  It carries far more passengers – around 100,000 a year – than it ever did as a commercial railway.

In the early days, until 1971, the Dart Valley Railway trains operated all the way to Ashburton, but an upgrade of the A38 trunk road blocked the trackbed and the terminus ever since has been Buckfastleigh.

That might seem to be the end of the matter, but Ashburton station remains intact, and the Friends of Ashburton Station [https://friendsofashburtonstation.co.uk] have put forward a business case for retaining the station’s environs and restoring the rail connection with Buckfastleigh.  Their report itemises nine such unlikely reinstatements, ranging from the Ffestiniog and Welsh Highland Railways to the linking of the two Great Central Railway lines at Loughborough:  http://www.dartmoor.gov.uk/__data/assets/pdf_file/0011/549983/FoAS-Proposal.compressed.compressed.pdf.

The South Devon Railway Trust has committed to supporting this venture, though the process of enlisting local community support is delicate:  https://www.facebook.com/groups/ashburtonstation (see January 16th 2017 post).

The chairman of the Trust, Allan Taylor, provided a statement of his board’s position under the heading ‘Background information’ at http://everythinggwr.com/save-ashburton-station.

In the meantime, on high days and holidays, there is a rail replacement bus service between Buckfastleigh and Ashburton:  http://www.rm1872.org.uk.

1 thought on “The branch line that Beeching opened”