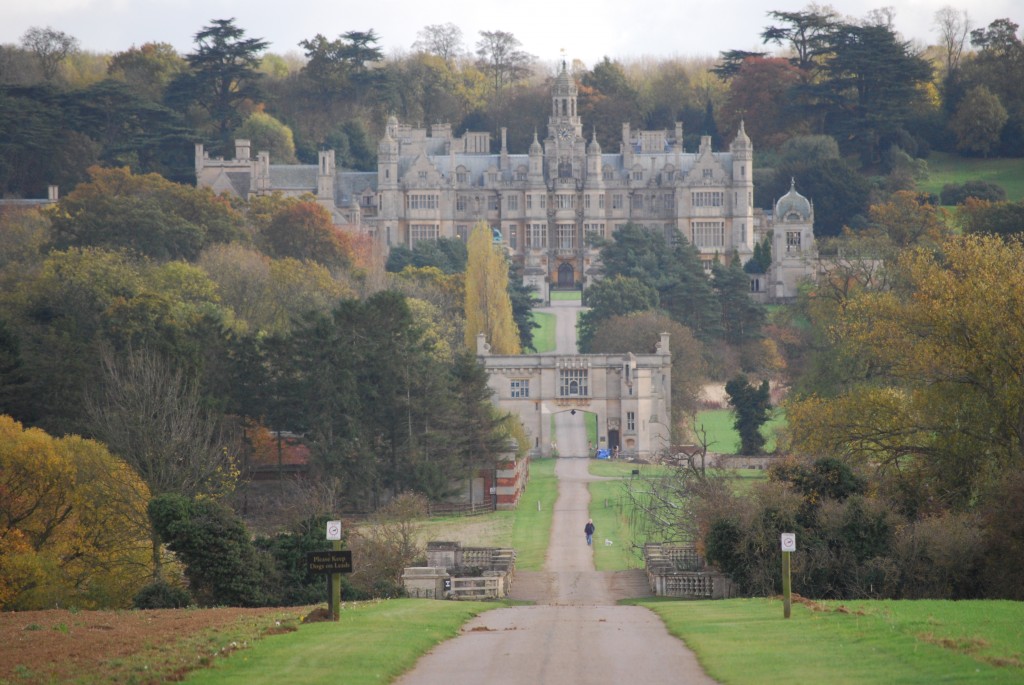 Harlaxton Manor is an exciting place to visit, yet most travellers only glimpse it as an astonishing vista to the south of the A607 Grantham-Melton Mowbray road.

Harlaxton is an exceptionally exciting building, designed between 1831 and 1837 by Anthony Salvin and William Burn for the eccentric bachelor Gregory Gregory (1786-1854), whose name is commemorated in Nottingham’s Gregory Boulevard, developed on one of his six landed estates.

Gregory Gregory’s intention in building such a huge house seems to have been first, to house his extensive art collection, and second to spite his heir, a distant cousin.  The result is a fascinating mixture of dramatic baroque interiors such as the Great Hall and Cedar Staircase and Victorian ingenuity – hidden doors so that the servants literally appeared out of the woodwork and an indoor railway viaduct to deliver coal by gravity to each floor.

In the spirit of the baroque theme, illusions abound.  The Cedar Staircase is nowhere near as high as it looks, and materials are not what they seem – wood turns out to be plaster, and what looks like solid plaster actually moves.  Room stewards will be available on Open House Day to explain the history of this strange building.

I’ve taken numerous groups to Harlaxton over the past twenty-three years, including one group of jaded teachers on a Friday-night near-the-end-of-term mystery tour.  As the coach trundled across the park in the summer evening, it seemed as if every window of the Manor glowed.  One lady (not a historian) thought she was at Disneyland.

Harlaxton Manor is well cared for by the University of Evansville, Indiana, who use it as their British campus.  The college website is at http://www.ueharlax.ac.uk/about_us/index.cfm.