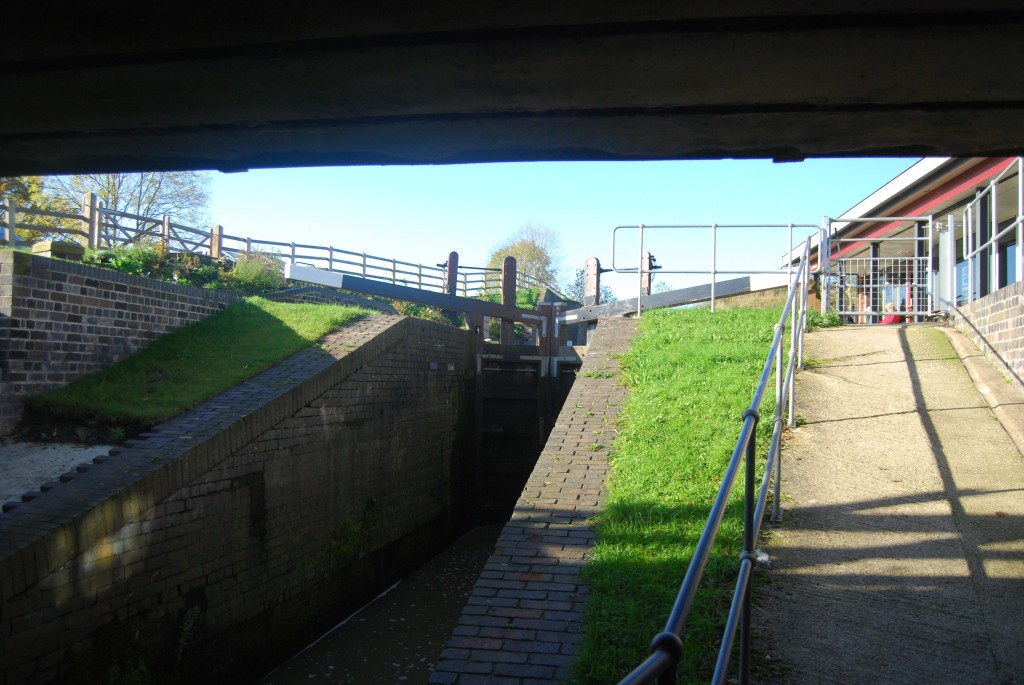 The Waterways & Railways of the East Midlands (September 3rd-7th 2018) tour will visit the Hollingwood Hub centre to hear about the forty-year restoration programme that has returned all but nine miles of the Chesterfield Canal to navigation.

I remember the wrecked state of this canal in the 1970s, and I’ve marvelled at the inspiring work of the Chesterfield Canal Trust in bringing water and boats back to long-abandoned stretches of waterway.

The section between Worksop and Shireoaks reopened in 1998, and the entire length from Worksop to the east portal of Norwood Tunnel, including twenty-two listed but dismantled locks, was restored to navigation by 2003.

Several obstacles stand in the way of connecting the two restored navigable sections of the canal – a 1970s housing development at Killamarsh, the M1 motorway and the collapsed Norwood Tunnel.  The Chesterfield Canal Partnership, a consortium of local authorities working with the Trust and others, has developed feasible plans to deal with each of these difficulties over the nine remaining miles of abandoned waterway.

Restoring navigation north of Staveley, where an 1892 mineral railway bridge left insufficient headroom for canal traffic, necessitated constructing a dropped pound between two new locks, Staveley Town Lock, no 5a, and Railway Lock, no 5b.

The intention is to restore the surviving eastern section of Norwood Tunnel, leading to three ponds, created in the landscaping of the former Kiveton Park Colliery, capable of being developed as a marina.

Beyond a 400-metre intact length, the Norwood Tunnel is irretrievable because of subsidence, infilling by the National Coal Board and the construction of the M1 motorway in the 1960s.  Instead, a new surface channel is proposed, using an existing farm-road underpass to cross beneath the motorway, with a cutting and locks to reach the level of the existing tunnel and the summit pound at Kiveton Park.

Some aspects of the restoration plans were compromised by the announcement in 2012 of the preferred route for the HS2 railway line.  Four-and-a-half years of campaigning by the Trust, strongly supported by members of the public, contributed to the decision to reroute HS2 to an alignment to the east.

Forty years of hard work have demonstrated the practicability of restoring a completely abandoned waterway, yet there is still much work to do.  Other restorations, such as the Kennet & Avon, Huddersfield Narrow and Rochdale Canals, have led the way;  other mutilated waterways in the Trent Valley – the Cromford, Derby, and Grantham Canals – will return to navigation, even if they take decades to accomplish.

Hollingwood Hub is owned by Derbyshire County Council and operated by the Chesterfield Canal Trust as a resource for members of the public to use:  http://www.chesterfield-canal-trust.org.uk/restoration/hollingwood-hub.

The coffee shop is open from Wednesday to Sunday and on Bank Holidays.