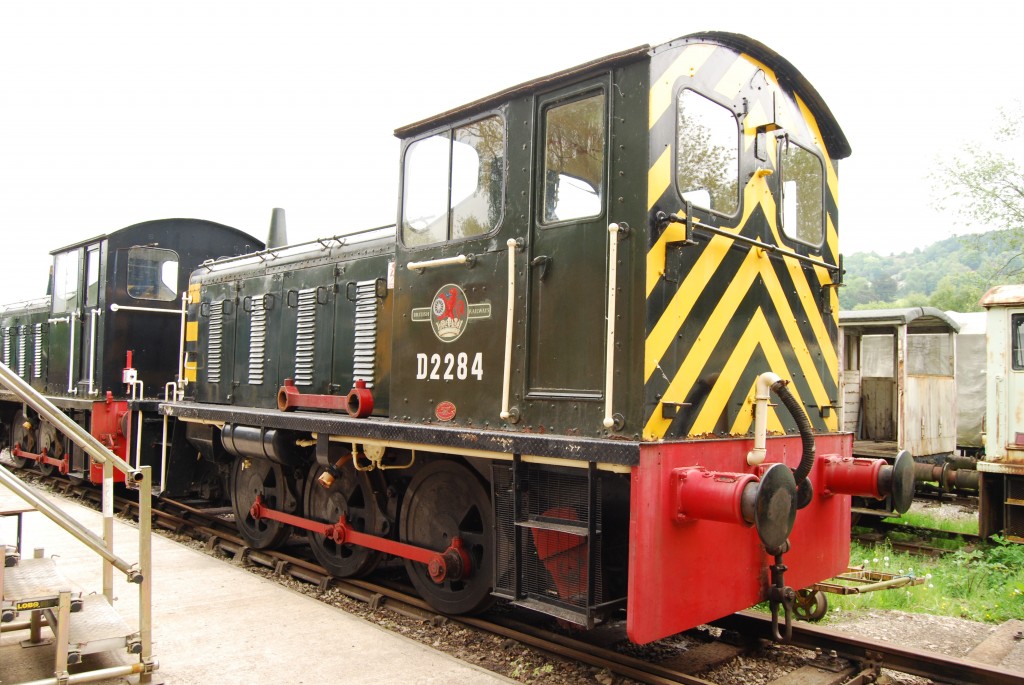 Wandering round the Peak Rail site at Rowsley South in Derbyshire, I came across a gentleman in a shed surrounded by more 1960s and 1970s heavy diesel shunting locomotives than you could shake a stick at.

Peak Rail provides a home and facilities for a number of specialist rail-preservation societies, and I was intrigued by the work of the Heritage Shunters Trust [http://www.heritageshunters.co.uk], who conserve and commemorate an extraordinary episode in the non-development of British Railways.

When the Attlee government nationalised the railways in 1948, the initial policy was to run the railways on steam and coal-fired electricity to make best use of the British coal industry.  Only later did the cheapness of imported oil become economically irresistible.

After British Railways decided in 1955 to phase out steam (having built over 3,500 locomotives since 1948, 999 of them to brand-new designs) there was a rush to obtain sufficient diesel locomotives on a one-for-one replacement basis.  In particular, small, heavy-duty steam shunters were replaced by a great variety of diesel equivalents, some to designs which had not been fully tried and tested.

This policy ignored the fact that single-wagon loads of freight were diminishing, as road transport became more efficient and cost-effective.  By the mid-1960s increasing amounts of rail freight were moving in train-loads not wagon-loads and there was less and less need for shunting locomotives.

This huge, diverse fleet proved to have been a waste of money, and not all of them were capable of doing the job they were intended for.  As pieces of engineering history, however, the different designs are fascinating.

There are over twenty of these engines at Rowsley, some fully restored, others awaiting attention.  I asked my guide what the display policy was – is it an art gallery of locomotive design, or do the workable engines have a practical function?  There is, after all, not much more shunting to do at Rowsley than there was on British Railways after the 1960s.

The major annual jamboree when the working shunters get an outing used to be the Shunter Hunter weekend when the Trust took over the Peak Rail line and worked all the passenger services.  This puts up to ten shunting locomotives on the line.

If it raises funds to help volunteers preserve the engineering heritage it’s a worthwhile enterprise.  And it’s entertaining into the bargain.