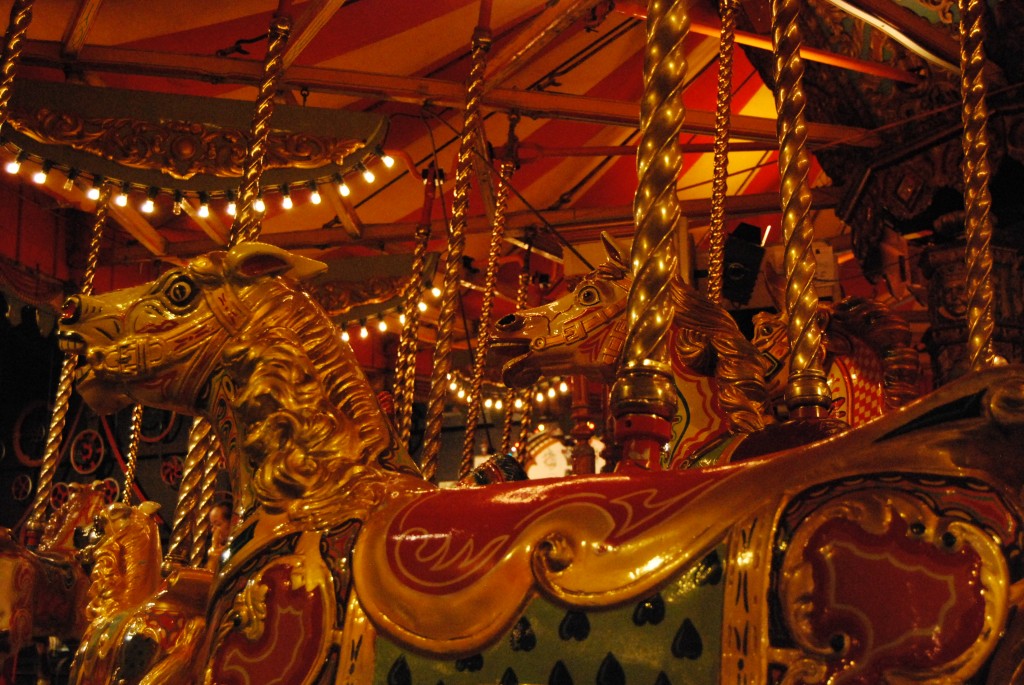 I wish I’d had the opportunity to meet George Cushing.  He was the man who made the Thursford Collection of showmen’s engines, fairground rides, mechanical organs and much else.

By all accounts, he had a magical touch that galvanised steam enthusiasts and beguiled ordinary visitors to Laurel Farm, where from the inter-war period onwards he rescued some 45 steam engines.  Numerous descriptions tell how he would buttonhole visitors on their way out, asking “Did yer loik it, then?”

He was the son of a farm labourer, born in 1904 in the village of Thursford, and left school at the age of 12 to work on the land.  In the early 1920s he began driving steamrollers, and eventually bought one of his own with savings of £225.

He clearly had a head for business:  by the end of the 1930s he had a fleet of fifteen steam rollers and a steam lorry – all in practical use – yet realised that steam was on the way out.  This appalled him:  to discard steam was like selling the crown jewels for scrap, so he began to collect redundant steam engines – road rollers, traction engines and showmen’s engines.

Steam enthusiasts made pilgrimages to Laurel Farm, and then ordinary tourists.  He laid a car park, and built a gift shop and café.  He had the combined flair of Fred Dibnah, a generation younger, and Harry Ramsden, a generation older.

After the death of his wife Minnie in 1976 he established the Thursford Trust, to safeguard his life’s work from death duties:  the Collection attracts something like 170,000 people a year, 100,000 of them for the Christmas Spectacular, devised by his son John, featuring a cast of over a hundred including dancing penguins and roller-skating milkmaids.  (There are two shows daily from early November until shortly before Christmas;  next year’s booking opens at the beginning of January – “we are very sorry we cannot accept bookings before this date”:  http://www.thursford.com/christmas-spectacular.aspx.)

There is nothing quite like the Thursford experience.  The crown jewel is the Wurlitzer from the former Paramount Cinema, Leeds (1932), which is played daily by the resident organist, Robert Wolfe.  Alongside the organ is George Cushing’s huge collection of engines, mechanical organs and a Gondola switchback.

His Daily Telegraph obituary [March 22nd 2003] describes him as “a millionaire [who] remained a Norfolk country boy at heart”.  The website http://www.girdwood.co.uk/britorg4.html pins down the greatness of his achievement precisely:

The shows are what theatre organ should be about – entertainment – and there are just as many children sitting spellbound and enchanted as there are senior citizens.  Thursford has got it right.