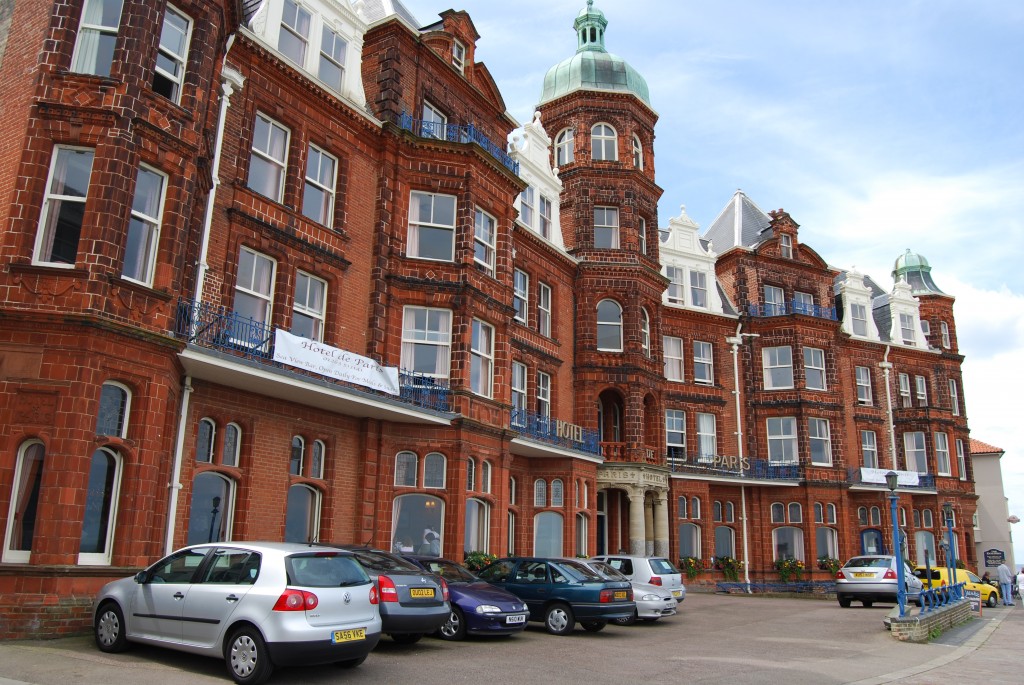 Until 1877 Cromer was regarded as a “fashionable watering place”.  Its attractions, for those who could afford to stay there, were the cliff scenery, the activities of the fishing trade, and the opportunity to bathe, either in the actual sea using bathing machines, or in bath houses.  Through much of the nineteenth century Cromer remained a very small settlement, and much of the surrounding land remained part of the Cromer Hall estate.

The East Norfolk Railway, first promoted in 1864, opened to North Walsham in 1874, to Gunton two years later, and eventually reached Cromer High Station, a mile away from the town-centre, in 1877.  Ten years later the Eastern & Midlands Railway completed its branch from Melton Constable to the more accessible Cromer Beach Station in 1887.

This provoked a carefully managed expansion of the little town, seeking affluent visitors in small numbers.  A major contributor to this development was the ebullient Norwich architect, George Skipper.  With his brother Frederick, he built the Town Hall (1890), followed by the restrained Grand Hotel (1890-1) on part of the Cromer Hall estate as the flagship development for the western extension of the town.  It was demolished after a fire in April 1969.

A different syndicate employed George Skipper to build the Hotel Metropole (1893-4, demolished 1970s), a more flamboyant design than the Grand, with oriel windows and Skipper’s favourite Flemish gables to enliven the roofline.

Though the Grand and the Metropole have now both gone, Skipper’s Hotel de Paris, built in 1894 for the proprietor, Alex Jarvis, remains in business.  A virtual rebuilding of a more reticent Georgian building that had been a private residence before it became a hotel in 1830, the Hotel de Paris is the prestigious embodiment of its proud name, with an asymmetrically placed entrance surmounted by a landmark domed tower.  Enlivened by Skipper’s favourite material, terra-cotta, it is the most prominent and endearing building in Cromer.

George Skipper’s final work in Cromer was the extension of the Cliftonville Hotel in 1898, providing a grand staircase and an elegant dining room that also remains in hotel use.