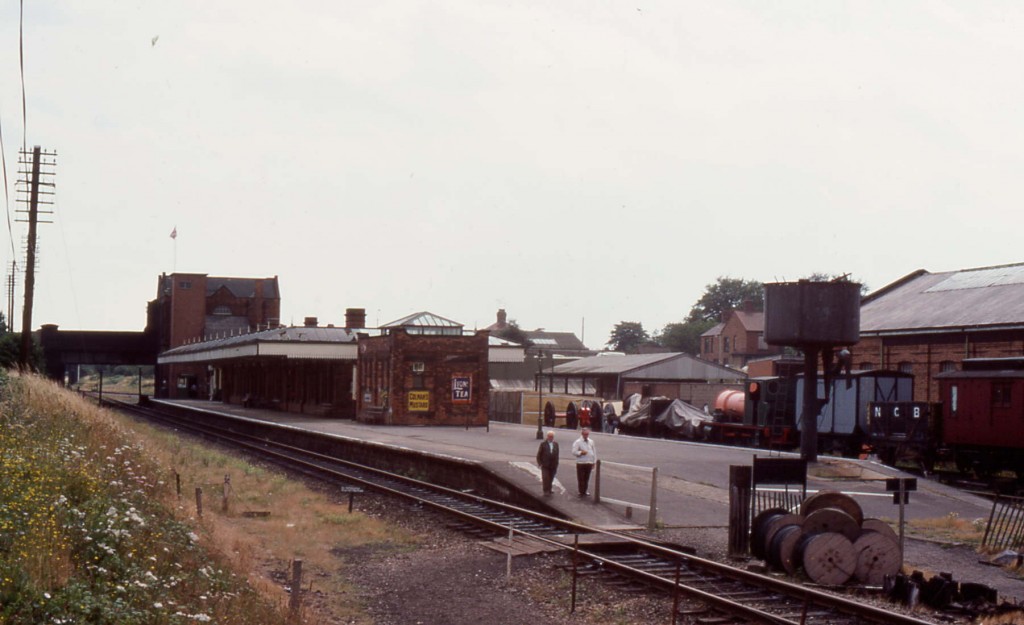 Though the Great Central main line was eliminated by Dr Beeching’s programme of rationalisation in the 1960s it is still possible to travel extensive stretches of the route between Nottingham and Leicester, thanks to the efforts of a team of volunteers who have worked to reinstate the railway since the final British Railways closure in 1969.

In between there is The Gap.  Even though the southern project was under way in the early  1970s, British Rail severed the line north of Loughborough Central in 1980, removing the bridge over the Midland Main Line.  Reinstating The Gap, as it’s called by GCR and GCR(N) members, will be a significant challenge, costing £15 million to reinstate 500 metres of railway.  Once it’s accomplished the two railways intend to merge and operate as an eighteen-mile main line railway.

Much of the route is double track – unique among British preserved railways and entirely appropriate to the generous layout of the last main line to London.  The energy for this expensive development was driven by David Clarke (1929-2002), a major benefactor with a particular enthusiasm for railway signalling, who wanted to preserve the techniques of main-line signalling in a way that more limited preserved lines could not achieve.

With authentic main-line signalling it is possible for steam trains to operate and pass each other at speeds up to 45 mph, while on most single-track preserved lines there is a maximum speed-limit of 25 mph and trains in opposing directions have to stop at passing loops.

Other exciting projects in development include a one-mile extension from Leicester North station (built near the site of the vandalised original, Belgrave & Birstall) south to Leicester Abbey, the location of the city’s industrial museum and space-centre, and an extension north to meet Line 2 of Nottingham Express Transit at Clifton.

When the members of these two ambitious lines have bridged The Gap, they deserve to rename their project the Great Great Central Railway.

Websites for the various components of the future Great Great Central are at http://www.gcrailway.co.uk and http://www.gcrn.co.uk.

Visits to the Great Central Railway sites at Loughborough and Ruddington is included in the Waterways & Railways of the East Midlands (September 3rd-7th 2018) tour.  For further details please click here.