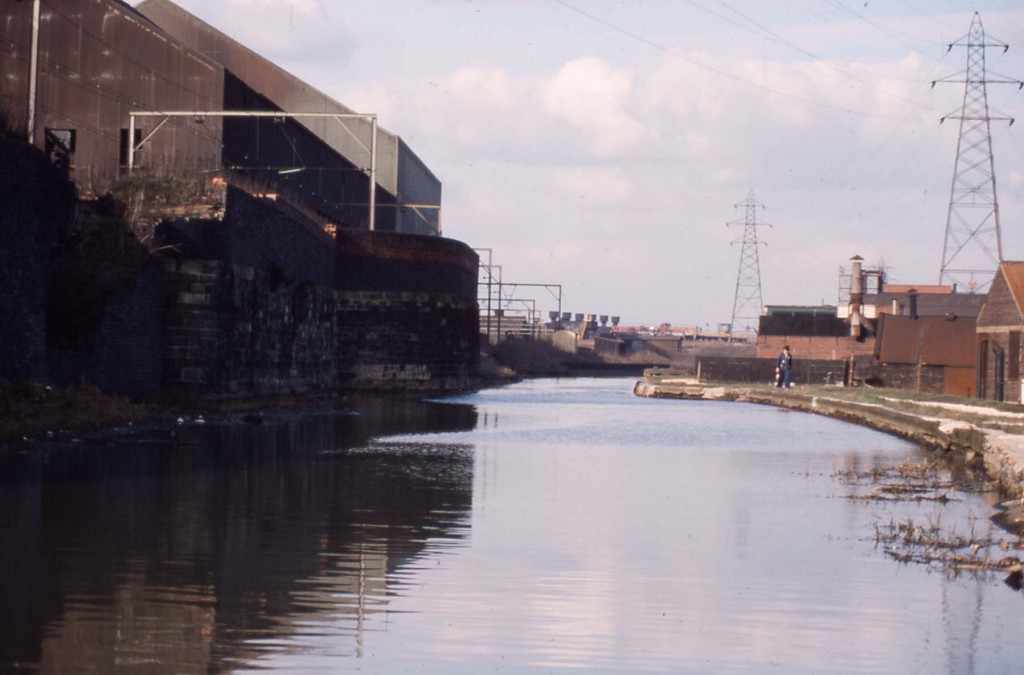 On one of my visits to the gym at the Don Valley Stadium, in Sheffield’s east end, I suddenly realised that I was pumping iron (in a desultory manner) on the exact site where, seventy years before, my grandfather had built the brick linings for the furnaces of Brown Bayley’s steelworks.

My granddad’s skills must have been quite specialised, and on the strength of his wartime earnings my grandmother kept family state in a terraced house with a postage-stamp front garden and a privet hedge.

All that world of metal-bashing, heavy steel disappeared in the early 1980s.  (The Full Monty, filmed as contemporary in 1997, actually relates to a context fifteen years earlier.)  The great corrugated iron sheds of the works backing on to the Sheffield Canal vanished, replaced by the magnificent athletics complex with its distinctive tent-like stands, made of Teflon-coated glass fibre, providing covered accommodation for 10,000 spectators.

This cleverly designed space was orientated so that the principal seats did not face the daytime sun, and the finishing straight avoided the glare of sunset.  Wind-tunnel tests determined that, because of the sheltering terrace-embankments, ambient wind-speed was cut by 70% at the stadium-floor.

After the World Student Games of 1991, the Stadium proved an admirable home for the Sheffield Eagles rugby-league club and latterly for Rotherham United FC after their original home at Millmoor was sold.

It also offered capacity of up to 40,000 spectators for huge rock concerts by the likes of the Rolling Stones and U2.  Those who didn’t wish to pay the price, or see the artistes, could hear it all perfectly clearly while picnicking on the banks of the Sheffield Canal.

My granddad wouldn’t believe it.

The stadium was in turn closed in September 2013, demolished and redeveloped.