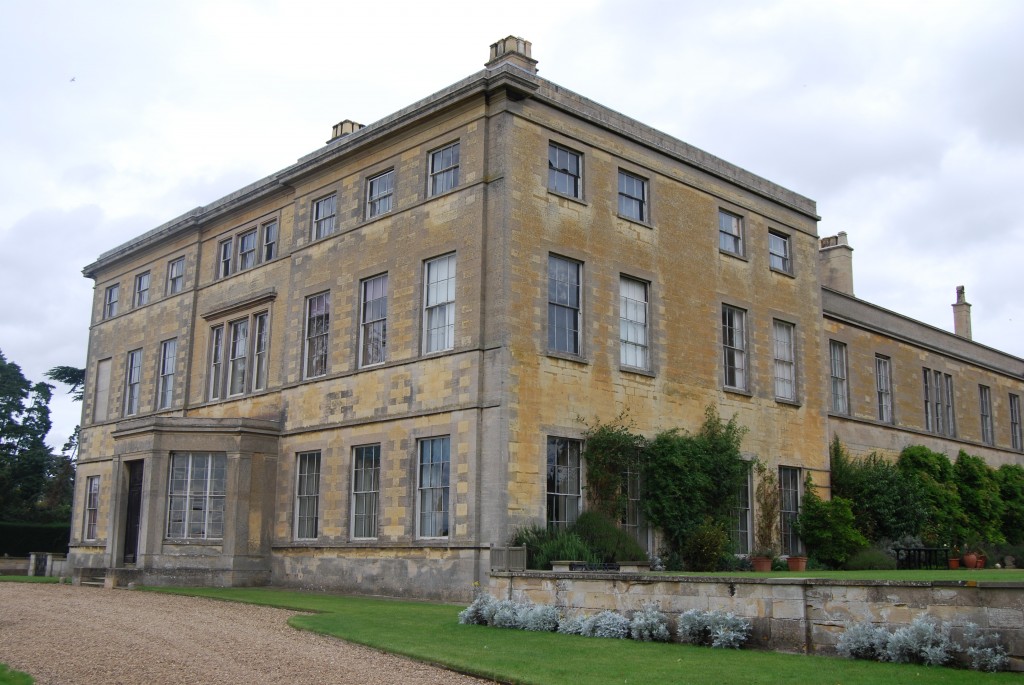 As you drive eastwards along the A17 from Newark-on-Trent, it’s difficult to miss seeing a splendid Georgian house sitting on the top of the escarpment.  This is Leadenham House.  Despite its prominent position, it was virtually invisible when the main road clambered up the slope to Leadenham village;  since the by-pass opened in 1995 it’s become an attractive landmark for travellers.

Built for William Reeve by Christopher Staveley of Melton Mowbray in 1792-6, the house has a cantilevered staircase said to be the work of John Adam, oldest of the three famous Adam brothers.  It was extended by Lewis Vulliamy in the 1820s, and the morning room, originally the kitchen, was decorated with antique Japanese rice-paper panels discovered by Detmar Blow in 1904

Opening arrangements can be found at http://www.stately-homes.com/leadenham-house which cheerfully advises prospective visitors to “ring the front door bell, as they aren’t open in any sort of commercial sense and all the money they receive from visitors goes to a village charity, so there is nobody waiting expectantly for anyone to arrive”.

There is a fulsome description of the house and its owners at http://www.lincolnshirelife.co.uk/uploads/files/homes_and_gardens/homes-0106.pdf.

The other reason to visit Leadenham is much more freely open.  The George Hotel is my favourite pit-stop on journeys along the A17, whether for morning coffee or a sandwich lunch.  The pub prides itself on using beef from Lincoln Red cattle.

It also has a world-beating collection of seven hundred malt whiskies, collected since 1970.  Just think:  if you lived within walking distance you could go to the George for what Denis Thatcher referred to as a “tincture” every night for two years without repetition.  Ranged round the walls of the bar is a positive library of malt whisky.

The George website [http://www.thegeorgeatleadenham.co.uk] recommends the malt liqueur Drunkeld Atholl Brose [sic] which you can sip on its own or with fresh cream floated on top.

Denis Thatcher would have been appalled: he avoided ice because, as he said, it dilutes the alcohol.