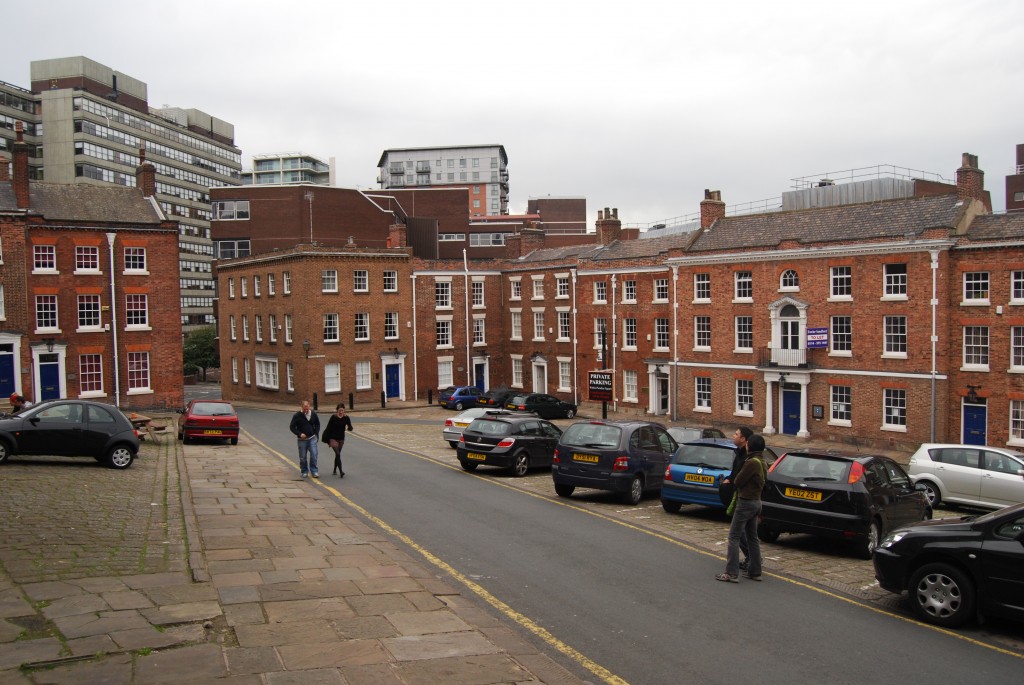 For all its reputation as a gritty Victorian town, bombed and repeatedly redeveloped over recent generations, Sheffield is not short of Georgian buildings, but it has only one Georgian square – Paradise Square (1736 and 1771-c1790), down the hill from the parish church, now the Anglican Cathedral.

Nevertheless, the atmosphere of this steeply sloping space, once a bustling market known as “Pot Square”, remains evocative of when Sheffield was a metal-bashing cutlery town, vibrant with religious and political dissent.

Here is where sermons and turbulent meetings took place, sometimes ending in violence.  In 1779 John Wesley preached here to “the largest congregation I ever saw on a weekday”.

There are repeated claims of audiences of eight to twelve thousand people crammed into this space [http://www.sheffieldhistory.co.uk/forums/index.php?showtopic=6534].

Really?  Twelve thousand is the capacity of the Sheffield Arena, an indoor space far bigger than Paradise Square with raked seating as well as a flat floor.

Who counts these crowds?  And how?

Let’s simply assume that when elections were much livelier affairs than nowadays, this elegant Georgian space, now the exclusive home of lawyers, surveyors and my accountant, would have been packed to capacity, and when the Chartists cut up rough and “the town was kept in great agitation the whole night” it would have been a dangerous place to hang around.