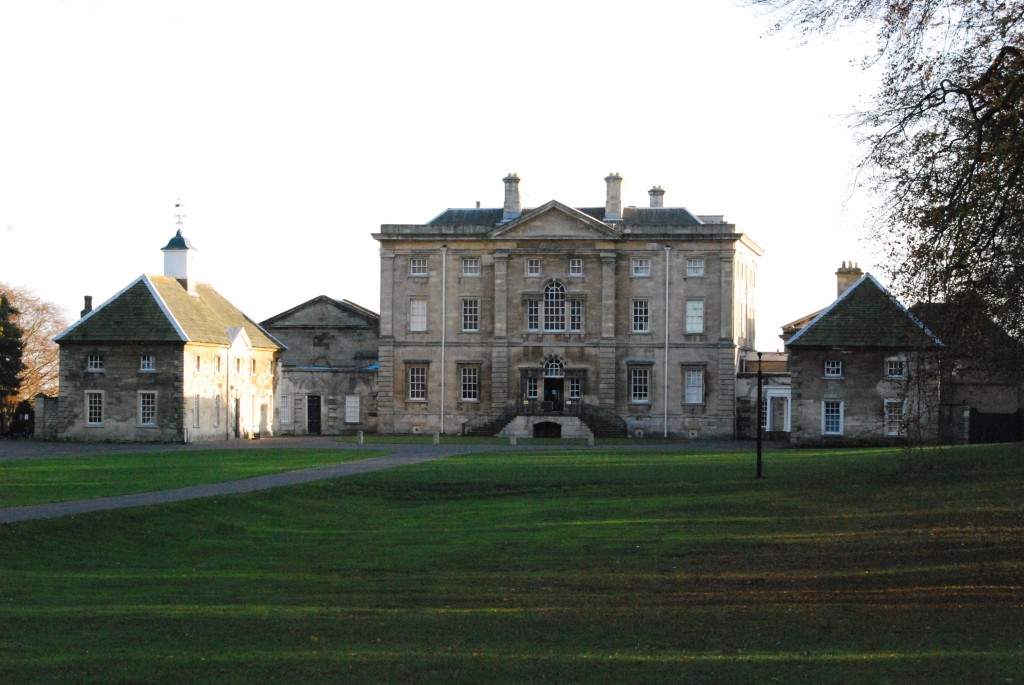 Cusworth Hall, on the outskirts of Doncaster, is one of those country houses where the life-stories of the owners rival in interest the magnificent architecture.

Ownership passed directly from the original builder of the present house, William Wrightson (1676-1760) for over two hundred years.

When William Henry Battie-Wrightson died suddenly in 1903 his widow, Lady Isabella, took on the responsibility of running the estates in Yorkshire, Durham and Northumberland and residences in London and St Leonard’s-on-Sea while bringing up her son and daughter, then aged fifteen and thirteen respectively.

She was a formidable character, eldest daughter of the third Marquis of Exeter of Burghley House near Stamford.  She fought off a rival claim to the estates from her brother-in-law, and improved the house by building the dining-room north of Paine’s chapel-wing and installing hot-water central heating and electric lighting.  She regularly gave fancy-dress parties for the estate workers, and mounted a magnificent celebration when her son came of age in 1909.

Her son, Robert Cecil Battie-Wrightson (1888-1952), must have been a disappointment.  In 1914 he married a widow, Mrs Louie Evelyn Lupton, daughter of the landlord of the Elephant Hotel in Doncaster.  After serving throughout the First World War he settled down to a life of ease, preferring the company of public-houses and maintaining cordial relationships with his own staff.

When his marriage with Louie Evelyn broke down they separated but did not divorce:  he had formed a relationship with Mrs Christabel Florence Bentley, whose divorced husband also ran a pub in Doncaster.  He did not mix with other local gentry families.

When he died of a stroke in 1952 the estate passed by entail to his sister Barbara, though he left his personal estate, valued at £64,000, to Mrs Bentley.

Barbara Battie-Wrightson (1890-1989) was perhaps even more independent-minded than her brother.  She had considerable musical talent, played violin and cello, and appeared on the music-hall stage without her mother’s knowledge in a song-and-dance routine as Hazel Barnard.  She held socialist opinions and trained as a nurse, working with poor and homeless people in London.  She changed her forenames to Maureen Leslie.

Her Cecil relatives effectively disowned her and her mother’s will threatened to cut off her income if – as seemed likely – she became a Roman Catholic.  Her first marriage, in 1917, to Major Oswald Maslen Parker was not a success, but only ended with his death.  Her second, to a dentist, Dr Walter Leslie Pearse, gave her much greater happiness, though her husband and her brother famously failed to get on.

Death duties of £280,000 on Robert Cecil Battie-Wrightson’s estate forced the sale of almost the entire contents in 1952.  Among the items dispersed were numerous pieces of Chippendale furniture, a gold presentation cup won at York races in 1725 and the Titian ‘Holy Family with Elizabeth and St John’, which fetched 130 guineas.  The total proceeds of the nine-day sale were £36,000.

The Hall itself was eventually sold to Doncaster Rural District Council for £7,500.