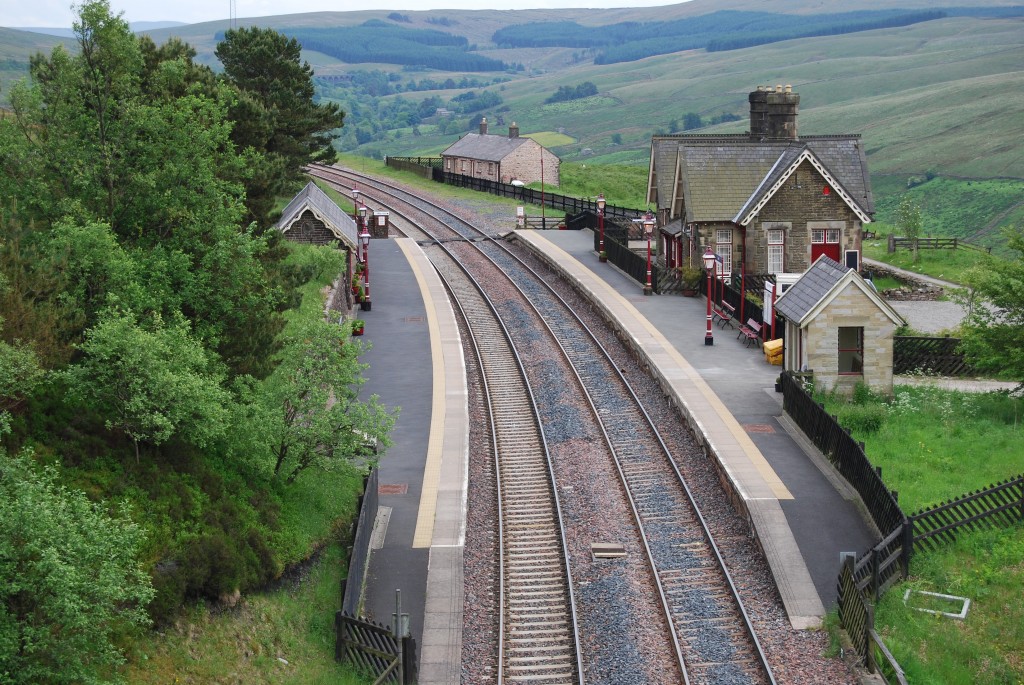 Dent Station on the Settle & Carlisle railway is the highest main-line railway station in England.  It stands 1,150 feet above sea level.  Its remoteness is such that it lies four miles from the village of Dent, six hundred feet below in the dale.  The site is so bleak that the stationmaster’s house was built with integral double-glazing.

The stretch of line to beyond the summit at Ais Gill (1,168 feet) was notoriously difficult to keep open in snow.  The trackside snow-fences of wooden railway sleepers are a gaunt reminder, even at the height of summer, of conditions in the worst of winter.

In 1947 the drifts reached to the road bridge north of the station platforms and took three weeks to clear.

There is a story, related in the Settle-Carlisle Partnership website [http://www.settle-carlisle.co.uk/stations/dent/storyinfo.cfm?c_Stn=004] of a signalman dying in the Dent signalbox, and his relief laying him on top of the locker until they were relieved at the end of the shift.

After the station buildings were sold in 1985 Neil Ambrose spent twenty years restoring the down-side building.  In 2006 a quantity surveyor, Robin Hughes, bought it for £250,000 and spent a further £150,000 upgrading the interior as holiday accommodation for six.

The adjacent Snow Hut, provided as a base for the track workers who battled, often unsuccessfully, to keep the line open in winter, is now a studio bunk barn for two (or, at a pinch, three).

Details of Dent Station and the Snow Hut are at http://www.dentstation.co.uk/index.php.