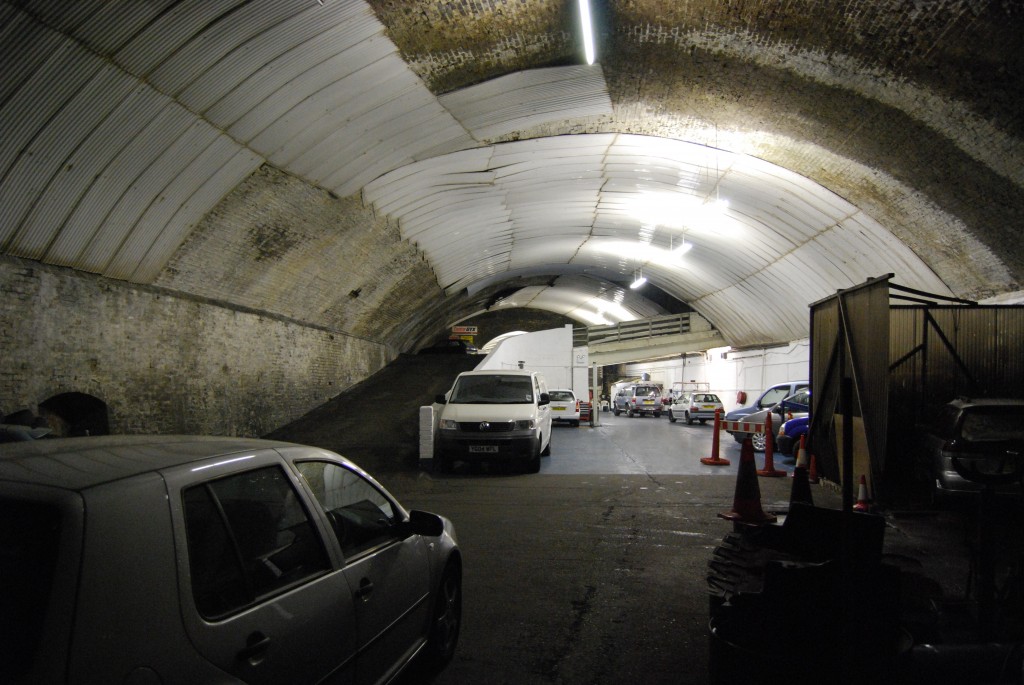 The Liverpool Overhead Railway was the only example in the British Isles of the American elevated railway, which once filled the streets of New York City and elsewhere with girders and noise.  The most well-known surviving example is the Chicago Loop.

The Liverpool line followed the docks, all the way from Seaforth in the north to Herculaneum in the south, skirting behind the great Pier Head buildings and providing a grandstand view of the ships berthed beside the River Mersey.

My granddad used to take each of his six kids to Liverpool between the wars to ride on the Overhead and, if they were in luck, to tour a transatlantic liner lying up between voyages.

Those dockers who didn’t ride on it to get to work would walk underneath the rail-deck at ground level, so it was known as the “Docker’s Umbrella”.

Hardly any vestige remains above ground of this distinctive piece of transport history, which was scrapped in 1956 simply because it was life-expired.  If it had survived, it would now be a magnet for tourists in a Liverpool very different from the one for which it was built.

One of the two surviving carriages forms a focal point in the display at the new Museum of Liverpool.  (The other is awaiting restoration at the Electric Railway Museum, Baginton, Warwickshire:  http://www.emus.co.uk/lor.htm.)

There is, however, an intriguing survival at the southern end of the line – an underground station.

In 1896, three years after the opening, the railway was extended through half a mile of tunnel to Park Road, Dingle where it linked with the south Liverpool tram services.

The tunnel mouth, above the site of Herculaneum Dock, is still prominently visible, and the station itself survives, much less obvious but structurally intact, in use as a car-body repair shop.

Visitors are made welcome, if you can find it.

Background information and excellent photographs of Dingle Station are at http://www.subbrit.org.uk/sb-sites/sites/l/liverpool_overhead_railway/index.shtml.

Movie footage of the LOR is at http://www.youtube.com/watch?v=2913oZVvkL8&feature=related.