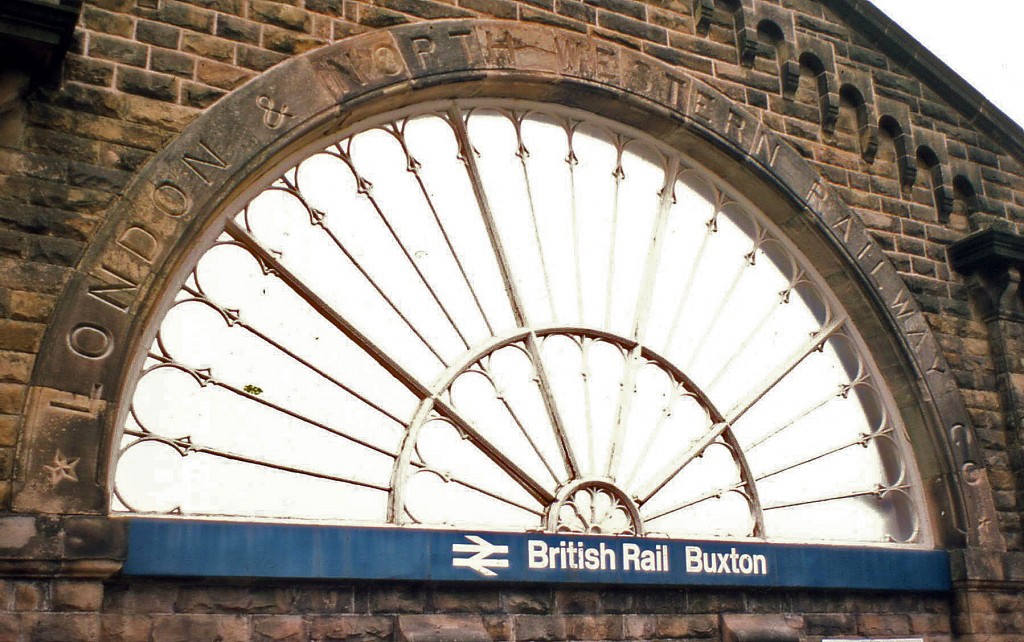 At one time, you had a choice of rail routes to travel between Buxton and Manchester.

As a result of farcical Victorian competition, there were two Buxton stations, served by two companies, running between Buxton and Manchester by completely different routes.

The London & North Western service, which survives, took a reasonably obvious way over the hills to Whaley Bridge and Hazel Grove, where it joined the main line through Stockport to Manchester.

The Midland route, which was a by-product of that company’s desperate dash to find an independent route from Derby to Manchester, dived through deep Derbyshire limestone dales and a lengthy, 1½-mile long tunnel at Dove Holes, to link with the Cheshire Lines into Manchester Central.

Though the Midland line passenger service closed in 1967, almost all of the track is still in place for use by mineral trains.  Only the approach tracks into Buxton and the Midland station have gone, replaced by the town’s inner relief road.

Present-day trains run into the North Western platforms, and though the train-shed roof has been demolished, the distinctive gable with its Crystal Palace fanlight window remains.  The adjacent Midland station was a mirror-image of this.

The shape of the window hints at the involvement of Sir Joseph Paxton, the 6th Duke of Devonshire’s head gardener and a Midland Railway director.  It seems that the Duke, as principal landowner, insisted that the two stations should sit harmoniously side-by-side, and Paxton was instructed to advise the architect, John Smith.

Indeed, when the two companies opened on May 30th 1863 it seems that the inaugural dinners were scheduled to begin an hour apart.  Presumably, Paxton turned up to both, and got two starters and only one pudding.

A full and well-illustrated account of the Buxton Midland station can be found at http://www.disused-stations.org.uk/b/buxton/index.shtml.

The 72-page, A4 handbook for the 2009 Derbyshire-based Taking the Waters:  the history of spas & hydros tour, with text, photographs and a reading list, is available for purchase, price £15.00 including postage and packing.  To view sample pages click here.  Please send a cheque, payable to Mike Higginbottom, to 63 Vivian Road, Sheffield, S5 6WJ.