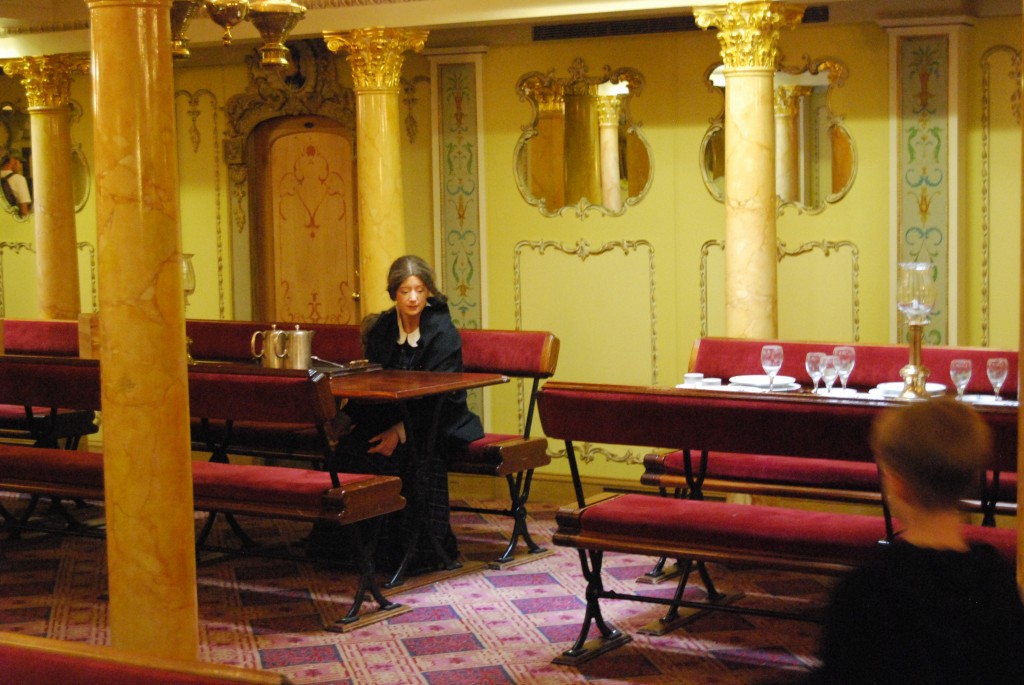 Brunel remarked to the directors planning to build the Great Western Railway, “Why not make it [the GWR] longer and have a steamboat to go from Bristol to New York and call it the Great Western?”

The Great Britain was his second steamship – the first iron-hulled, propeller-driven transatlantic steamship, at the time of her launch the largest ship in the world, the first ship ever to be photographed (by William Henry Fox Talbot in 1844).

She was floated for the first time on July 19th 1843, and ultimately returned to rest in the purpose-built dry dock in which she was constructed on July 19th 1970.  The launch was observed by the Prince Consort, and the return to Bristol by the present Queen’s consort, Prince Philip.

During her active life she served as a troop ship during the Indian Mutiny and the Crimean War, carried the first England cricket team ever to visit Australia in 1861 – an event that produced the first sponsored sporting tournament, the first cricket test match, and the first hat trick.

Her career had more than its fair share of cock-ups.  Brunel, the great risk-taker, repeatedly modified the design during construction – changing from a wooden to an iron hull, extending the dimensions five times and scrapping the half-completed engine and building a new one in order to switch from paddle- to screw-propulsion.

The completed vessel stuck in the lock on departure from Bristol, ran aground in Ireland because of navigational errors, and went through repeated modifications to the engines, propeller and auxiliary rigging.  Eventually, SS Great Britain gained a reputation for reliability shipping migrants from England to Australia.

She ended up as a sailing collier, and finally acted as a floating coal-bunker in the Falkland Islands, where she was eventually beached at Sparrow Cove.

Her rescue, promoted against huge odds by a group led by Richard Goold-Adams and Ewan Corlett and largely financed by Sir Jack Hayward and Sir Paul Getty, is itself one of the great stories of the sea, and her return to Bristol, sailing under Brunel’s Clifton Suspension Bridge, one of the memorable moments of many people’s lifetimes.

Though she arrived in Bristol as a rusting hulk, she is now vividly restored.  Wandering among her elegant saloons and cramped cabins brings to life the life-changing experiences of Victorian voyagers.  The only omission, fortunately, is that she doesn’t make anyone seasick.

Nevertheless, I noticed how one particular mannequin, a sad lady in black, sat alone in the dining saloon, repeatedly attracted the sympathetic curiosity of young children.  Her silence and their attention says all that’s needed about the cost of emigration – and the power of imaginative curating.

Read the story at http://www.ssgreatbritain.org/story.