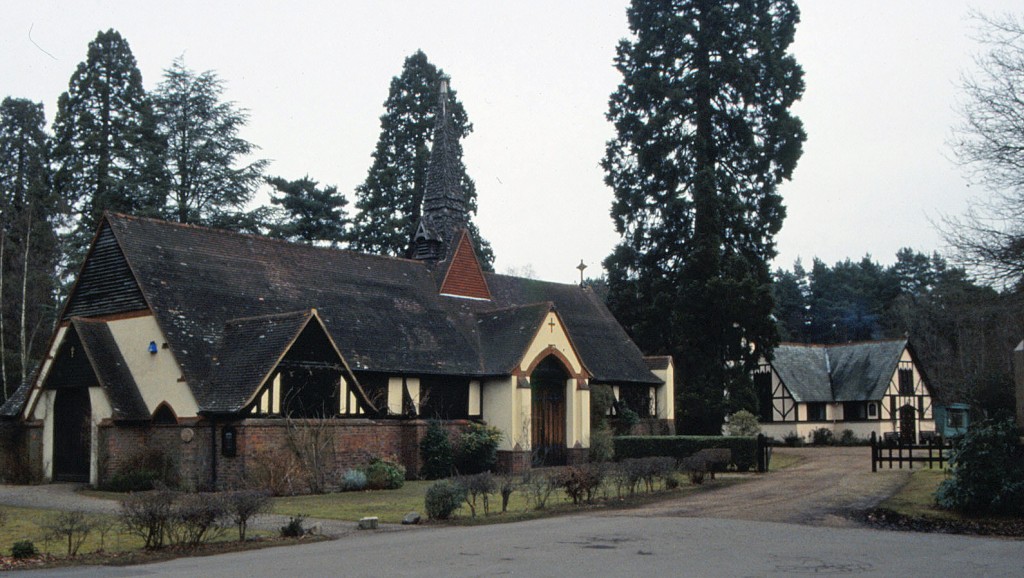 South of the London-Southampton main line, just beyond Woking, lies the vast spread of Brookwood Cemetery, founded by the London Necropolis & National Mausoleum Company in conjunction with the London & South Western Railway in 1852.

“Necropolis“, in Greek, translates as “city of the dead”.

The idea was to provide practically limitless space to bury London’s dead away from the insanitary churchyards and the high-priced commercial cemeteries such as Kensal Green, Highgate and Brompton.

Funeral trains left the Necropolis Station at Waterloo, reversed at a specially installed siding at Brookwood, and proceeded along a ¾-mile branch through the cemetery grounds to one of two funeral stations, one Anglican and the other Nonconformist.

There were, inevitably, concerns about this innovative prelude to the last great journey.  The Bishop of London worried that “the body of some profligate spendthrift might be placed in a conveyance with the body of some respectable member of the church, which would shock the feelings of his friends”, so the company provided hearse-vans with first-, second- and third-class compartments for coffins.

Nevertheless, Brookwood funeral trains soon attracted something of a reputation, especially on the return journey.  The Builder reported in 1856 that “At the funerals by the Necropolis Company, we are told that not unusually, mourners have carried drink with them, of which on the return journey, they had partaken to such an extent, that they have been found dancing about the carriage, by the ticket-collector.”

Of the original 2,100 acres purchased from Lord Onslow, only 400 were laid out as a cemetery and much of the rest was sold for residential development.  Nearly a quarter of a million burials have so far taken place, and there is still 200 acres to spare.

After the First World War parts of the Brookwood Cemetery were given over to military cemeteries for British, American, Canadian, Turkish and Czechoslovakian combatants, and many of its more recent burials are for religious groups with specific needs and requirements – Russian Orthodox, Muslim, Zoroastrian.

By the 1930s the daily funeral trains had reduced to twice a week at most, and the service abruptly stopped in 1941 when a bomb destroyed the building at Waterloo and much of the rolling stock.

The trackbed within the cemetery is now landscaped, and the South, Anglican station belongs to the Brotherhood of St Edward, an Orthodox Christian community dedicated to maintaining the shrine and relics of the Saxon king St Edward the Martyr (c959-978/9).

The cemetery itself was purchased by Mr Ramadan Houssein Guney, Chairman of the UK Turkish Islamic Trust, in 1985.  He painstakingly reversed the cemetery’s long decline, clearing encroaching undergrowth and reinstating the lake in the Glades of Remembrance, aided by the voluntary efforts of the Brookwood Cemetery Society who have organized the restoration of significant graves.

It’s a fascinating cemetery to explore – but it does involve a lot of walking.