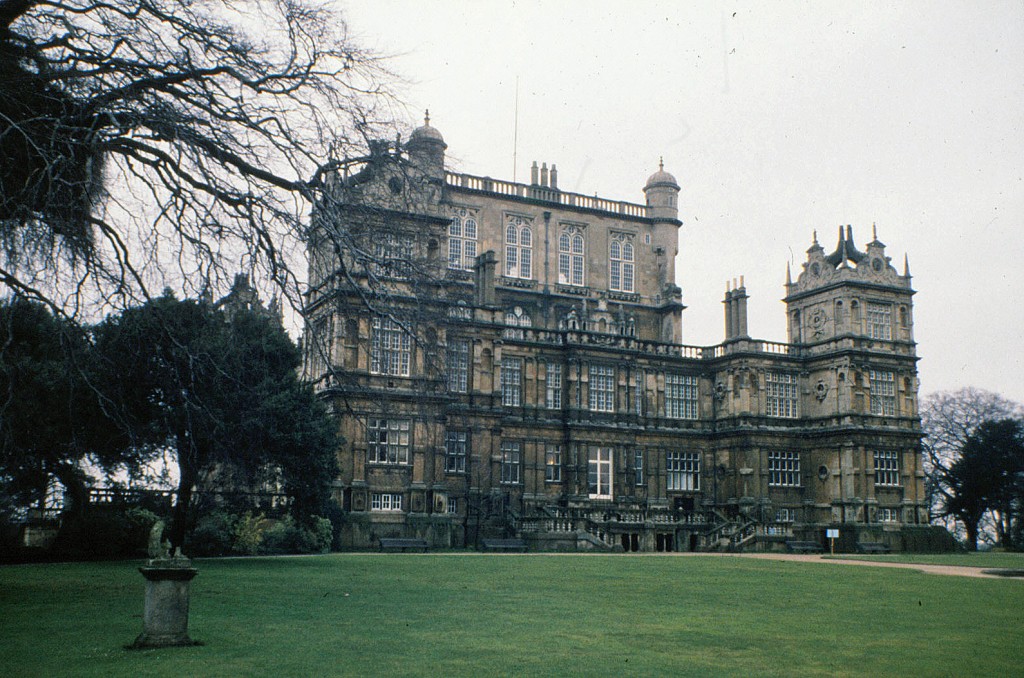 I once took a friend who was reading for a town-planning degree to see Wollaton Hall, on the outskirts of Nottingham.

I told him it wouldn’t get planning permission now.

The crazy silhouette, high on the hill above the old village, was designed for Sir Francis Willoughby and “built with rare art” by Robert Smythson, the first man in England ever to call himself an architect.

It’s an Elizabethan progidy-house, defying logic and gravity to hoist an enormous prospect-room high above the great hall of a house that in addition had two long galleries.

The Prospect Room is amazing, both from outside and within its empty, extravagant space.  It lacks a fireplace and has only the narrowest of staircases for access.  It can never have been intended for any purpose other than looking down on the surrounding countryside.

Later generations of Willoughbys never seemed to know what to do with it:  at one point it was used as a servants’ dormitory, called – after the custom – “Bedlam”, but the noise disturbed the whole house below.

It seems likely that Sir Francis, part way through the building-period, took it into his head to urge Smythson to build higher.

The ‘Chinese lattice’ joists supporting the Great Hall ceiling would have been adequate to support a lead roof, but have proved too weak to carry the weight of the tower above:  even in the late seventeenth century external buttresses were added at clerestory level to stabilise the structure.

Wollaton Hall is a fascinating, improbable place that has astonished visitors from the day it was built.

Wollaton Hall is open to the public, together with the Nottingham Industrial Museum in the adjacent stables:  http://www.nottinghamcity.gov.uk/index.aspx?articleid=1037.