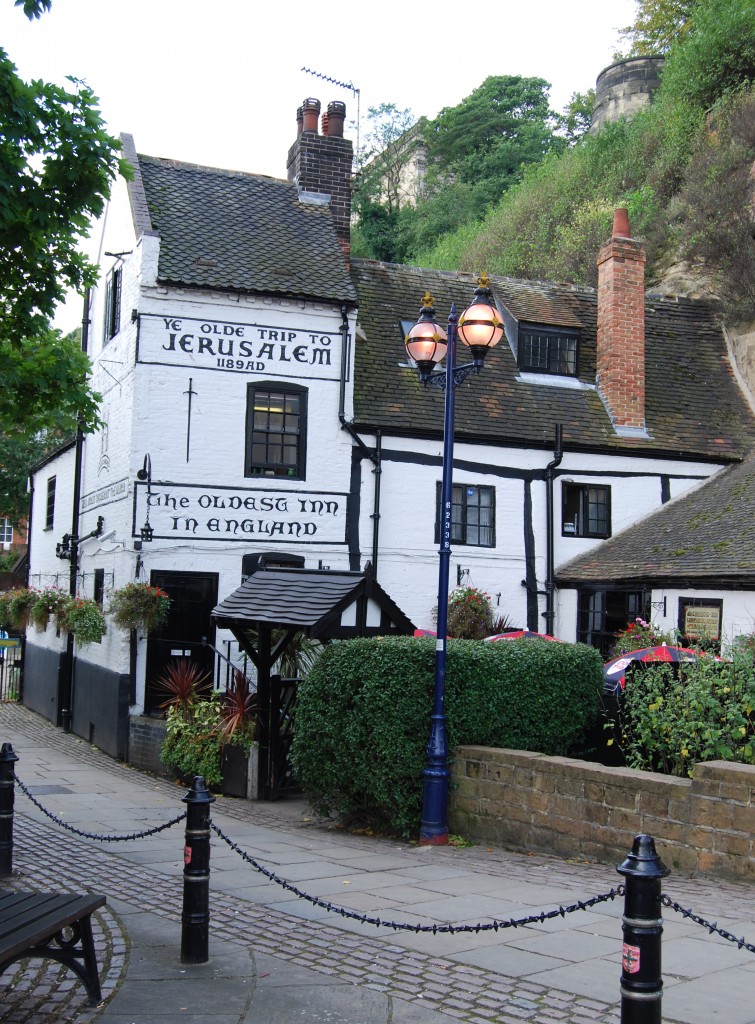 Tony Waltham begins his invaluable study of underground Nottingham, Sandstone Caves of Nottingham (East Midlands Geological Society, 2nd edn, 1996), by saying that there are no caves in Nottingham:  all the cavities which honeycomb the historic centre are man-made.

The Sherwood Sandstone strata on which the city stands is so soft that it’s possible to dig a well by hand faster than the aquifer can fill it.  Indeed, the cavities beneath Nottingham have been used as cellars, dwellings, wells and cisterns, access passages, malt kilns and in one possibly unique case a tannery.  Wealthy householders sometimes dug ornamental garden features out of the rock, and from the late eighteenth-century at least sand was mined as an industrial abrasive.

Some of the existing underground sites date as far back as the twelfth century, and centuries before that a Welsh chronicler refers to a locality called ‘Tiggua Cobaucc’ – the place of the caves.

I’m indebted to my friend Stewart for tipping me off about the Nottingham Caves Survey [http://nottinghamcavessurvey.org.uk], which seeks to map all the surviving underground spaces in and around central Nottingham.  The survey uses laser-scanner technology to produce accurate three-dimensional representations for record, and to create fascinating fly-through videos.  The team continues to make new discoveries:  http://www.bbc.co.uk/news/uk-england-nottinghamshire-26816897.

If you’re in Nottingham, of course, some of these fascinating spaces are physically accessible, in some cases for the price of a drink.

The most famous of all, perhaps is the Trip to Jerusalem, a pub which claims a history back to 1189AD, though the buildings are clearly seventeenth-century or later:  http://www.triptojerusalem.com.  Its history is certainly much older than the buildings, because it stands at the foot of the Castle Rock, next to the castle’s Brewhouse Yard.

Drinkers have been calling at the Trip, so it seems, ever since the Crusaders set off to the Holy Land.