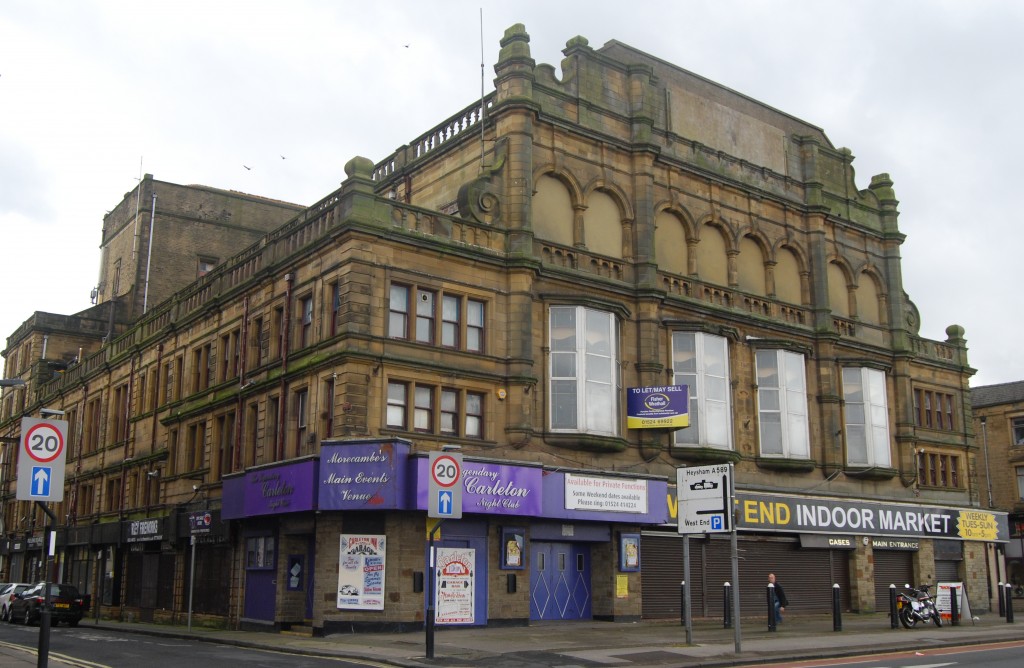 The Alhambra Theatre, Morecambe, the location of Laurence Olivier’s performances as Archie Rice in the 1960 film The Entertainer, still exists though its interior has gone.

A major fire in 1970 completely destroyed the auditorium, including its roof, though the stage-tower remains.

When the shell was rebuilt the Dutch gable of the façade was removed and the proscenium opening was bricked up.

The Alhambra was designed by the local architect Herbert Howarth as a music hall and opened in 1901.

Because it replaced the former West End market (1889), its ground floor was given over to shops and market stalls, with the auditorium at first-floor level.

In 1927 it became a cinema full-time, and when sound was installed in 1930 it was renamed the Astoria.

It remained closed throughout the Second World War, and reopened in 1946 as a theatre.

After the 1970 fire the auditorium-space became a night club.  At present it’s closed.

There’s a compilation of clips from The Entertainer, with an oddly inappropriate music track, at http://www.youtube.com/watch?v=IrP-5BvYM68.